Jio net additions to subscribers continued to increase in June. 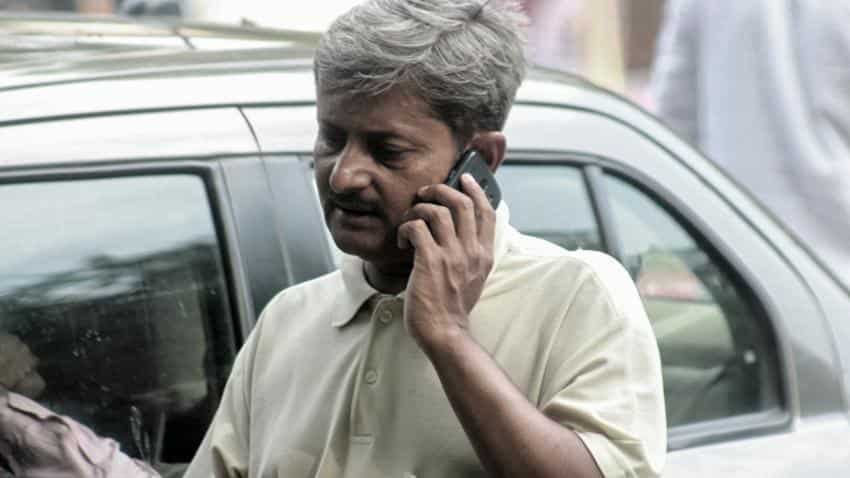 Contrary to analyst expectations that subscriber additions for Reliance Jio will slow down post it begins charging customers, net additions in June were more than all other telecom operators combined, Telecom Regulatory Authority of India (TRAI)data revealed.

Reliance Jio’s net addition in June stood at 60,25,415 while India's largest telecom operator Airtel's net additions stood a little over 20 lakh and Vodafone and Idea net additions were at 9 lakh and 35,541, respectively.

Total number of net additions by telecom operators like - Airtel, BSNL, Vodafone and Idea amounted to 4,067,334. 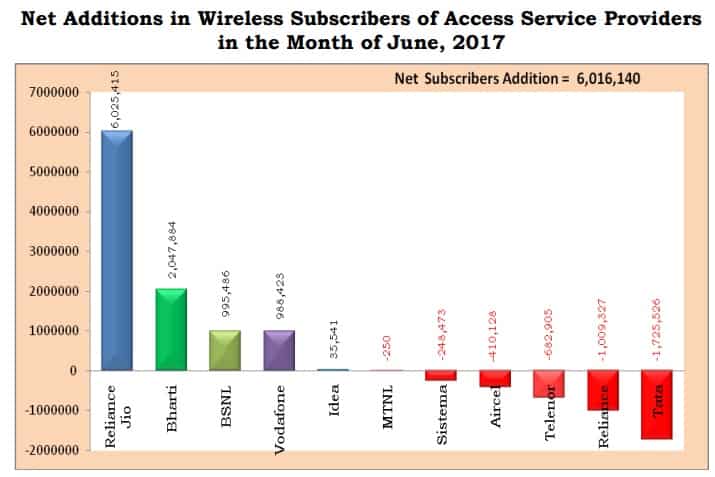 The Mukesh Ambani-backed company has been on the top of TRAI's list ever since its launch in September 2016 in net subscriber additions and June was no exception. Jio's market share has risen from 7.88% in January 2017 to 10.39% in June 2017. 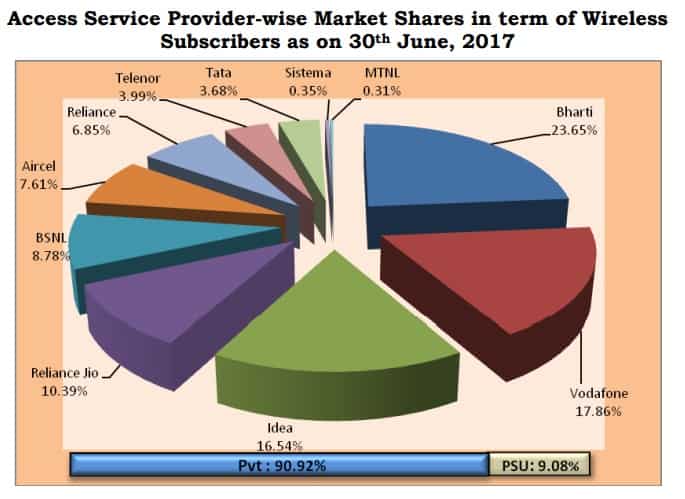 Growth in wireless subscribers for Jio stood at 5.14% for June, which was higher than the previous months of April and May. 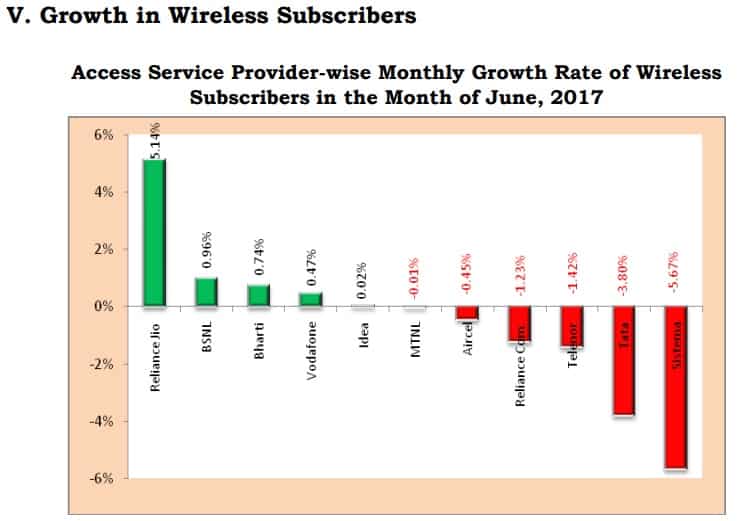 In the months of April and May, Jio’s ‘growth in wireless subscribers’ was at 3.56% and 4.25% respectively. The company started charging for its services for the first time since in launch in April. However during the same month of May, Jio had added more subscribers than Airtel, BSNL and Vodafone combined.

In May the number of inactive wireless subscribers was far more as compared to inactive subscribers in August 2016 as this chart by Care Ratings based on TRAI data revealed on July 28. 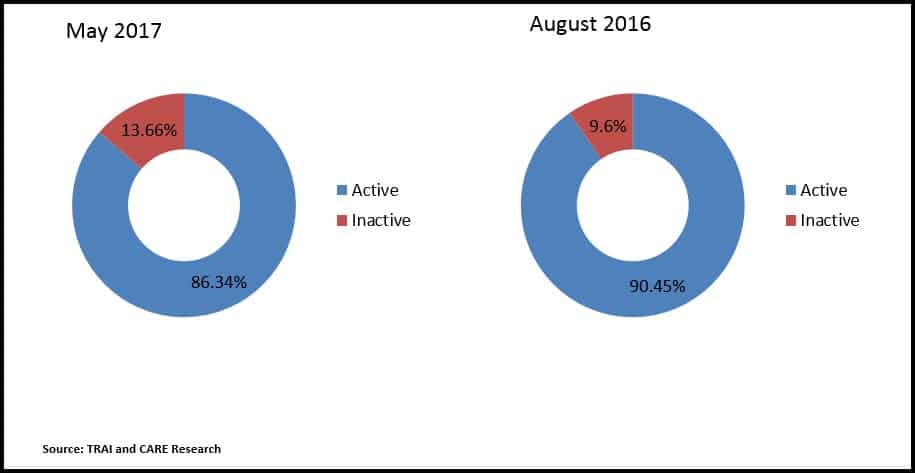 Total wireless subscriber base of the incumbent operators - Airtel, Vodafone and Idea stood at 28 crore, 21.19 crore and 19.6 crore respectively in June.