Berkshire-Paytm deal: Vijay Shekhar Sharma credits one of board members for the pact

Berkshire-Paytm deal: Sharma termed it as the most incredible part of this investment deal. On being asked about why did Berkshire choose Paytm, he told the business channel that he cannot comment on how Berkshire chose his company as he was familiar with Berkshire's selection criteria. 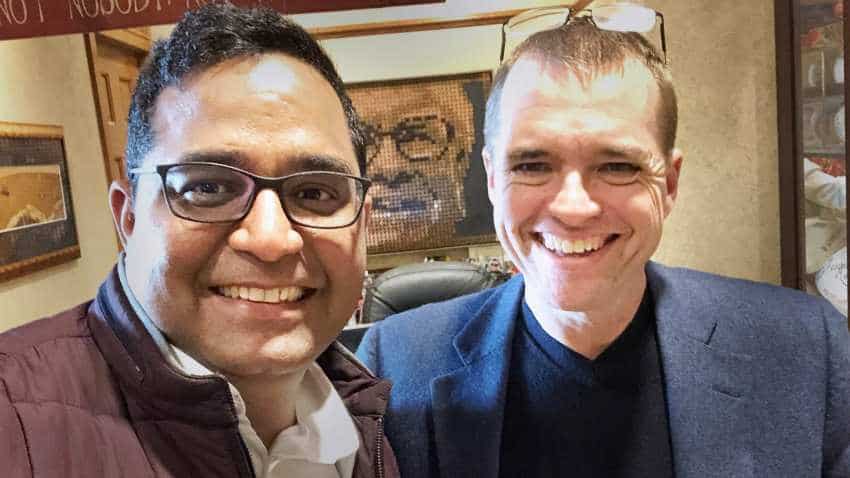 Berkshire-Paytm deal: As Berkshire Hathaway Inc has acquired a 25 billion rupees ($356 million) stake in Paytm's parent company One97, Paytm founder and CEO Vijay Sharma spoke to ET Now and revealed that Berkshire investment in Paytm is handsomely higher than what SoftBank invested.

When ET Now asked how the deal originated as Berkshire has been very choosy with its investments in the past, Vijay Sharma gave the credit to one of the Paytm board members for introducing them to Berkshire's investment manager Todd Combs. This led to a conversation about the company and its growth in the digital payment market, he said.

Sharma said that the conversation was followed by a few calls where the data about the company was shared, and this progressed to talks of investment and that gradually led to this deal.

The Paytm CEO further told ET Now that the investment is not just in context to Berkshire Hathaway's balance sheet, but the commitment can be seen that Todd Combs himself will now be part of the Paytm's eight-member board.

Sharma termed it as the most incredible part of this investment deal. On being asked about why did Berkshire choose Paytm, he told the business channel that he cannot comment on how Berkshire chose his company as he was familiar with Berkshire's selection criteria.

Notably, Berkshire Hathaway Inc has acquired a 25 billion rupees ($356 million) stake in the parent of digital payments company Paytm, a source told Reuters, its first investment in an Indian startup as it moves into the financial payments sector.

According to the Reuters report, the conglomerate run by billionaire Warren Buffett confirmed in an email that Berkshire had invested in One97 Communications Ltd. Buffett was not involved in the transaction, his assistant Debbie Bosanek said in the email, without giving more details.

Earlier on Monday, Economic Times had reported that Berkshire was in talks for a 3-4 percent stake in a deal valuing Paytm at more than $10 billion, citing people familiar with the matter.

The investment is a major endorsement for Paytm that has grown to become India`s leading digital payments platform in just eight years.

For Berkshire, which is reportedly under pressure to find investments and whittle down a $108.6 billion stockpile of cash, this marks a rare shift in strategy. Buffett has traditionally invested in consumer, energy and insurance companies.

The foray into India`s ultra-competitive digital payments space is not without risks. The market is expected to grow five-fold to $1 trillion by 2023, but rivalry is intense, with several players - including the state-backed Unified Payment Interface (UPI), in the fray, said the Reuters report.

Unlike digital wallets, which do not earn users any interest, UPI apps simplify interbank transfers, making it a preferred option for some. Paytm and other mobile wallet companies have been forced to offer more services to retain customers.

Notably, Google has rebranded its Tez app as Google Pay, and has teamed up with four Indian banks, including HDFC Bank and ICICI Bank, to offer instant, pre-approved digital loans to customers.