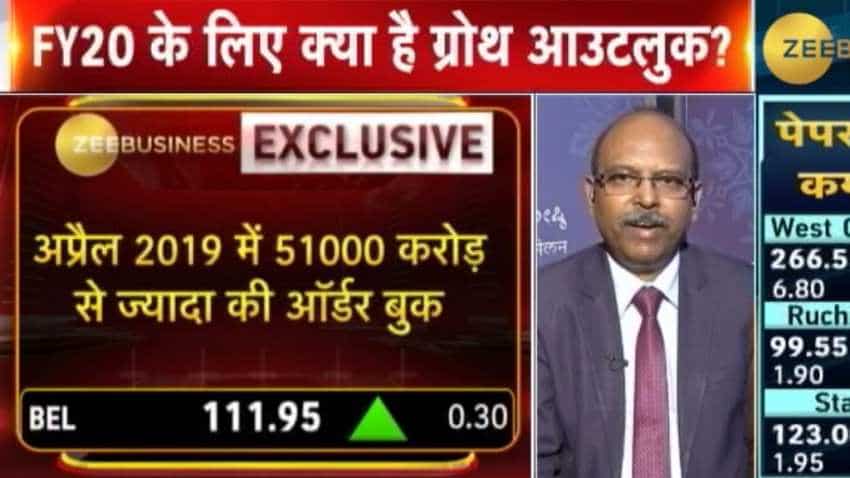 MV Gautama said BEL will like to strengthen its relations with ISRO, which will be functioning directly under control of PM Modi. Image source: Zee Business

Electronic Voting Machines contributed substantially, and we earned about Rs2,500 crores in the fourth quarter of fiscal 2019, says MV Gautama, Chairman and Managing Director (CMD), Bharat Electronics Limited (BEL). Gautama during an interview with Swati Khandelwal, Zee Business, also said BEL will like to strengthen its relations with ISRO, which will be functioning directly under control of Prime Minister Narendra Modi. Edited Excerpts:

Q: BEL has posted good results in Q4FY19. Talk about the segments that contributed the most to the numbers in the quarter?
A: Electronic Voting Machines (EVMs) has contributed substantially in this quarter. In fact, EVMs has a contribution of about Rs2,500 crore in the fourth quarter. Apart from this, radar, communication, command control systems, weapon upgrade, electronic warfare and night vision equipment are certain verticals that had its contribution in BEL’s turnover.

Q: Update us on the order book and the projects that were completed in the last fiscal?
A: We had an order book of more than Rs51,000 crore on April 1, 2019.  We earned more than Rs23,000 crore in the previous fiscal of which maximum was made from Long Range Surface-to-Air Missile (LRSAM) systems. Other contributors included night-vision equipment, radar and coastal surveillance, export orders. Apart from this, smart city business and home line security business were also added to our portfolio last year.

Q: Prime Minister Narendra Modi will be handling the department of atomic energy and department of Space for the next five years. Do you expect any major orders from these departments?
A: Prime Minister will be handling two strategic sectors and they are nuclear portfolio as well as space electronics. Under the space electronics department, ISRO will be functioning directly under him and currently, we are doing a lot of work with ISRO. In the recent past, our engineers have manufactured/developed a satellite with the help of ISRO. The satellite, which is in the pink of its health and working, has been launched successfully. So, we will like to strengthen our relations with ISRO and for that purpose, we will be signing an MoU with ISRO, soon.

Technical Check: 40% returns in a year! Bharat Electronics is on track to hit fresh 52-week high in 6-9 months