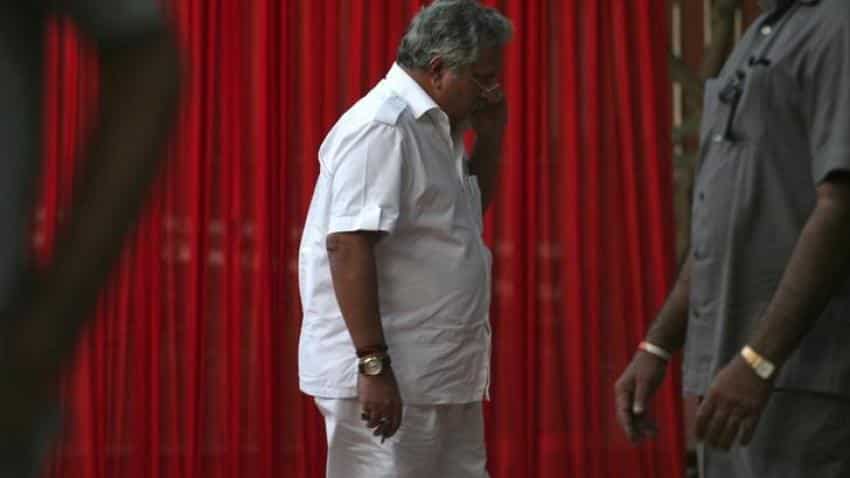 Defending himself in a string of tweets, Mallya said all he sought was help related to policy change and not loans, questioning "public funds given to Air India." Image Source: Reuters
Written By: PTI
RELATED NEWS

Squarely putting the blame for collapse of Kingfisher Airlines (KFA) on the then government's policies and economic conditions, troubled liquor tycoon Vijay Mallya has said public funds were used to bail out state-owned Air India, but not the then "largest domestic airline."

Defending himself in a string of tweets, Mallya said all he sought was help related to policy change and not loans, questioning "public funds given to Air India."

"KFA collapsed with oil at $ 140 per barrel and state sales tax on top rupee devaluation. No FDI engine failures. Economic depression. Need more?" he asked in a tweet.

He further said: "And KFA being the largest domestic airline was the worst hit. Government bailed out Air India, but did not bail out KFA. So much for "favours."

Mallya said he sought policy changes that he did not get, which hurt his airlines.

He tweeted that he "begged for help" and not for loans, but policy changes -- declared goods status for fuel, flat rate of state sales tax instead of ad valorem, FDI.

I begged for help.Not for loans but policy changes-declared goods status for fuel,flat rate of state sales tax instead of ad Valorem,FDI etc

Claiming that KFA is "India's largest and finest airline", he said, "It sadly failed purely due to economic and policy situations. I am humble enough to say sorry to employees and all stakeholders everyday. I really wish government helped."

Claiming that his core alcohol businesses were "severely controlled" by the government, Mallya said he "was not allowed to even downsize KFA due (to) employment and connectivity."

Reacting to accusations of public funds lost in loans to KFA, Mallya retorted, "What about public funds given to Air India? I offered a settlement."

He further said, "What diversion of funds? I invested more than (Rs) 4,500 crore into KFA."

Defending his lavish lifestyle even after sinking Rs 4,500 crore into KFA, Mallya said "if my lifestyle was lavish, it was for two decades before KFA was even born."

On the implications of the ongoing cases against him on entrepreneurship in India, the beleaguered businessman said "the existence of such criminal arms of the government and misuse for vendetta is bound to scare anyone."