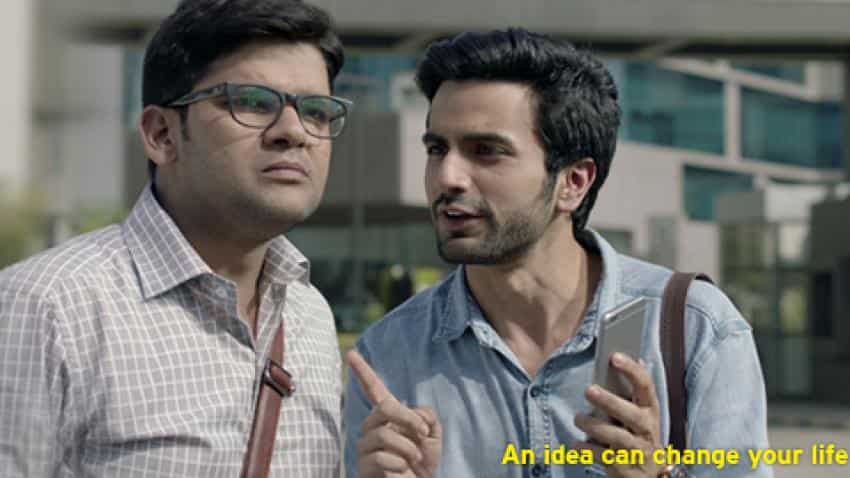 It has an underlying message to new entrant Reliance Jio who has captured its customer base via freebies like free data packs and voice callings. Image Source: Idea website

Idea Cellular has taken the battle between telecoms to the ad space with its new range of ‘No ullu banaoing’ advertisements.

It has an underlying message to new entrant Reliance Jio who has captured its customer base via freebies like free data packs and voice callings.

One of the Idea ads shows a man looking for his regular free parking space which he has been using for a period of three months. Upon ignoring his friend’s advice who tries to warn him that it is a ‘No parking zone,’ the driver says that it’s a ‘free parking zone.’

The conversation leads to how Idea is currently present in over 4 lakh villages and towns but the man seated in the driver seat points out that the network maybe extensive but it is not free like ‘his car parking space.’

Stressing on how he has been using the ‘No parking space’ as free parking for the past three months the ad ends with the man’s car being towed away.

Reliance Jio’s welcome pack in September gave its subscribers the incentive of free 4GB data per day for three months up to December and later in its Happy New Year offer it capped this to 1GB free per day for another three months till March 2017.

In another ad by Idea, two roommates are talking about speed and quality of Idea’s internet connection when one points out that the company has over 19 crore subscribers in a newspaper.

The other girl counters her notion by saying that the subscribers don’t matter because it’s not ‘free’ like her movie streaming site.

A problem occurs in the streaming and the roommate using Idea’s 4G ends the discussion with the statement, “No FreeG, Idea 4G.”

Reliance Jio has also recently introduced another scheme that will go up to June 2017 as customers would have to recharge with Rs 100 to avail unlimited voice calling and SMS along with access to premium apps.

A closer look at the deal revealed that the plan states that RJio customers could avail 1GB of 4G data per day; however post its consumption, the speed would cap to 128 Kbps instead.

The company was taken to Competition Commission of India by Airtel who said that RJio was introducing predatory pricing with its new offers.

RJIo hit back with a statement to Airtel stating that the complaint was a latter tactic to divert attention from its own violations of telecom norms of licensing conditions by having denied adequate Points of Interconnections (PoIs) to Jio.

The battle continued on February 7, a day after RJio’s statement, as Airtel said that they have provided a total of over 35,000 PoIs to RJio in a period of five months. The telecom claimed that this was the highest and the fastest they have served any other telecom in the country.

RJio on Wednesday replied to Airtel saying that it has not unable to activate and use to capacity the interconnect points the latter has provided to it.

As the battle between telecoms continue Idea that is in the process of merging with Vodafone via buying of equity share deal from the former, India Ratings in a report dated February 7 said, “…will be credit positive for the telecom industry by eliminating duplication of spectrum and infrastructure capex.”

“The sector is capital intensive with multi-players operating, and thus the merger will be favourable for both operators and subscribers, resulting in better pricing discipline in the long term,” IndRa said.

However, the ratings agency pointed out that the intense competition from RJio’s freebees will continue to pressurise telecom companies (telcos) financials.