Banks can only make acquisitions when they have financial might which is subdued at the moment due to clean up  exercise of balance sheet. 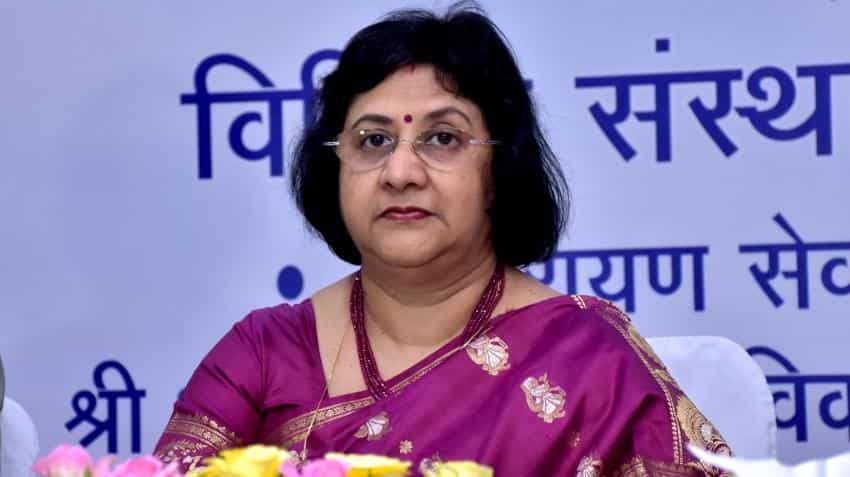 Merger of SBI with associate banks is likely to happen towards the end of this fiscal. Photo: IANS
Written By: PTI
RELATED NEWS

Consolidation among public sector banks (PSBs) is expected to happen only after the completion of merger between SBI and its associates, a senior finance ministry official said.

Banks can only make acquisitions when they have financial might which is subdued at the moment due to clean up exercise of balance sheet, the official added.

According to the official, post-March 2017, when the balance sheet clean up exercise is likely to be completed, the banks' financial performance should consequently see an uptick.

In his Budget speech, Finance Minister Arun Jaitley had announced that the government will unveil a roadmap for consolidation of PSBs who are expected to get an infusion of Rs 25,000 crore this fiscal.

The government has announced a revamp plan 'Indradhanush' to infuse Rs 70,000 crore in state-owned banks over four years, while they will have to raise a further Rs 1.1 lakh crore from markets to meet capital requirements in line with global risk norms under Basel-III.

As per the blueprint, PSU banks were given Rs 25,000 crore in the last fiscal and an equal amount is planned for the current fiscal. For the next two subsequent years, Rs 10,000 crore each has been planned. Government has also said that more funds will be provided to PSBs if needed.