Condom ads will not be aired for nearly 16 hours in the day for fear of it being ‘indecent for children’. We ask - should brands disguise contraceptive advertisements to increase awareness? 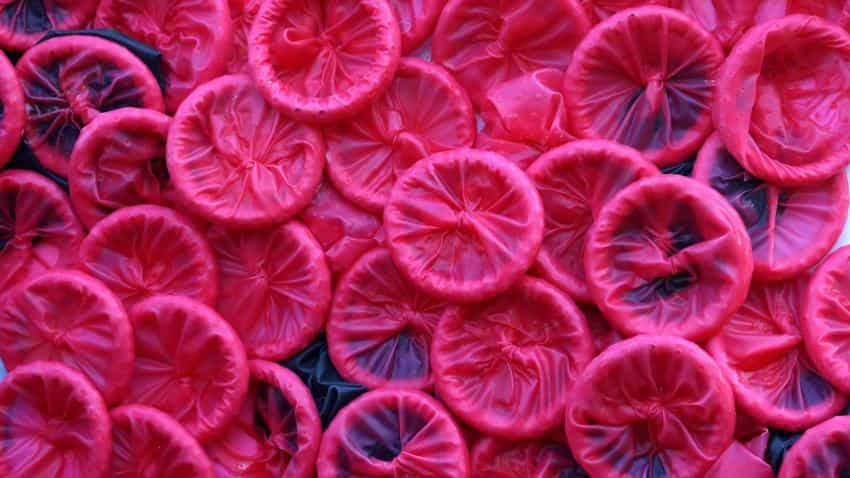 Tough break for condom manufacturers who will now face restrictions on airing of their commercials for contraceptives. The government has restricted condom ads being aired on television for nearly 16 hours in the day for fear of it being ‘indecent for children’.

These ads will not be able to be aired from 6am to 10pm on TV.

“It has been brought to the notice of the Ministry of Information and Broadcasting that some channels carry advertisements of condoms repeatedly which are alleged to be indecent especially for children,” an advisory from the Ministry said.

“I do believe ‘indecent’ is a subjective word. Society has a way of accepting more and more indecent as it progresses. There are bodies that can look into it (commercials) and point out indecent pieces of advertising and those ads can be taken off. But to go and put condom advertising into a slot to be aired beyond the night hours is very counterproductive for a country like India,” Harish Bijoor, 'Brand Guru' told Zeebiz.

“Condom advertising in India must become a showcase of the national view on safety and precaution. Instead of that I think we are going in the opposite direction,” Bijoor further added.

Now surrogate advertising is a kind of promotional activity which disguises the product by another.

When asked if condom brands should resort to surrogate advertising, Bijoor said, “I don’t think you should put surrogate on condom advertising. Condoms should be advertised overtly. Because if you really look at it there are two product categories which have had problems in India – the sanitary napkin and the condom. This country is somehow very genital shy. Condom advertising must be in the forefront but then again it can be advertised in different ways and different degrees. It could be just a matter of facts, it could be aspirational, emotional, etc.”

After TV, spike in condom advertising through other digital and other mediums may now be on the rise.

"Television is not the only medium through which condom brands advertise. Now, with a constraint of time, a certain amount of the TV budget may go to some other medium. They would also theatres or social media in a big way. Ads on YouTube could be stepped up. I personally would spend it on other mediums such as theatre. Majority of rural population goes to theatres, so it would be a good place to advertise condom brands," Ganesh Baliga, Managing Director, media agency Fifth Estate was quoted by an AdAge report.

Leaving aside the argument of ads using indecent content for other products like juices and men’s deodorant commercials that often have a sexual connotation, we will look at those brands that used clever or surrogate advertising to promote the product.

Much ado was made on social media about the Durex jeans teaser that released this year starring Ranveer Singh. In the video, the actor is standing inside a trial room talking about the launch of the new product while holding a pair of jeans. However, the end of the ad leaves people guessing.

The brand later unveiled that a condom fits into the tight jeans’ pocket.

In a bizarre twist of tales, Manforce condoms that dominates the Rs 800 crore industry by a 32% margin, came out with a post in August 2017 on Facebook that they are launching 'Achaari' (pickled) flavoured condoms.

Another example of condom advertising is that of ‘Kohinoor Xtra Time’. Kohinoor has had a small share of 7-8% in the condom industry however its ad that aired in the early 2000s was appreciated.

The ad portrayed the image of a haunted castle with scary sounds through the night. But as it turns out, come morning time and the watch keeper realises it was a newly-wed couple’s first night.

It wasn’t just condom brands that made use of surrogate advertising but also alcohol brewers that faced a similar ban on advertising.

We all remember moving to the groovy 1991 ad jingle of Bacardi’s ‘Be what you want to be’. While the ad shows you people swaying to the melodious tune of the ‘Bacardi rum’ commercial it does not explicitly show alcohol in the ad.

The same ad jingle has been used to promote its Bacardi House Party in 2016 and 2017.

More recently ads by European brewer, Carlsberg have been taking the advertising space by storm.