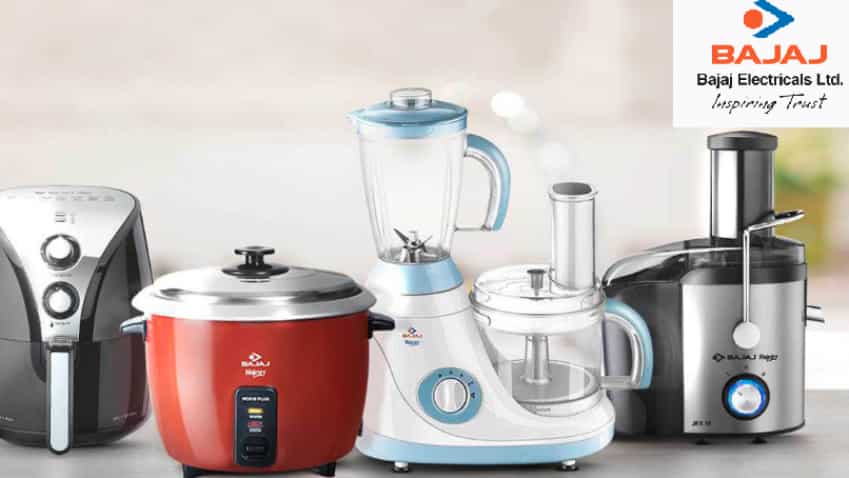 Bajaj Electricals Ltd Wednesday reported over twofold jump in its standalone net profit to Rs 28.54 crore for the March 2019 quarter helped by improvement in margins in the consumer durable segment. The company had reported a net profit of Rs 7.31 crore in the January-March quarter a year ago due to a tax demand of Rs 11.58 crore, Bajaj Electricals said in a BSE filing. Its total income during the period rose 10.37 per cent to Rs 1,772.94 crore, against Rs 1,606.27 crore in the corresponding period of the previous fiscal.

Bajaj Electricals total expenses stood at Rs 1,755.35 crore as against Rs 1,495.61 crore, up 17.36 per cent. "Profit before tax and profit after tax for the quarter were at Rs 43.86 crore and Rs 28.54 crore as against Rs 43.85 crore and Rs 7.31 crore in the corresponding quarter of the previous year, respectively," the company said in a statement. Bajaj Electricals Chairman and Managing Director Shekhar Bajaj said the consumer products segment continued to reap the benefits of the Range and Reach Expansion Programme (RREP), registering a good growth with improvement in margins.

For the entire 2018-19, Bajaj Electricals' net profit was almost up twofold to Rs 167.07 crore as against Rs 83.62 crore over the previous year. Its total sales were at Rs 6,673.14 crore in 2018-19, up 41.48 per cent as against Rs 4,716.39 crore in the previous year. Meanwhile, in a separate filing, Bajaj Electricals told the BSE that its board in a meeting on Wednesday appointed Rajiv Bajaj as an additional director with immediate effect from May 22. Its board also recommended a dividend of Rs 3.50 per share of a face value of Rs 2 each for the financial year ended March 31.