Bajaj Auto rises by 4% on expansion in 3W capacity; Why you should stay invested

Bajaj Auto is the market leader with 86% market share in the alternate fuel 3 wheelers and is therefore, delighted with this development. 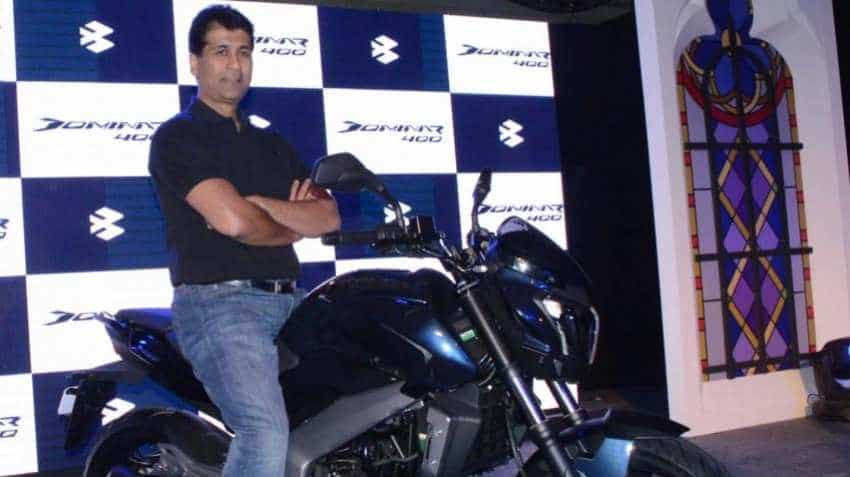 The share price of Bajaj Auto today surged by nearly 4% on indexes after the company announced its plan for three wheeler expansion ahead. This move has been taken in a  positive manner by investors as the company’s stock touched an intraday high of Rs 2,889 per piece up by 3.79% on BSE. However, at around 13:36 hours, it was trading at Rs 2,878.10 per piece above Rs 94.80 or 3.41%. Bajaj Auto plans to enhance its production capacities of 3 wheeler and Quadricycles to 1 million per year.

On the announcement, Abhishek Jain, Analyst at HDFC Securities has increased its target at 18/16x for FY19/20E EPS and asks investors to Maintain Buy with TP Rs 3394.

Bajaj is the market leader with 86% market share in the alternate fuel 3 wheelers and is therefore delighted with this development.

In a notification to exchanges, Bajaj said, “Over the last 12 months, there has been an up-surge in three wheeler demand in India, owing mainly to permits released in Maharashtra, Karnataka, AP and Delhi. Consequently during the period Sept 17 to Aug 18 Bajaj Auto has sold 435,000 three wheelers representing a growth of 88% and has strengthened its leadership in this segment.”

Jain says,"recent announcement of transport minister Nitin Gadkari that the permit regime will be abolished for the 3Ws running on alternate fuels (contributed ~48% of 3W industry volume in FY18) will also provide added impetus to sales."

However, Jain also adds that no notification has been issued by transport minister so far. As decisions on permits are taken by state governments, it is uncertain how the implementation is likely to happen nationwide.

Domestic 3W industry has been witnessing strong surge in demand in past 1 year (In FY18/1QFY19 jumped 24/54% YoY to 635k/162k units) owing to withdrawal of the cap on taxi and auto-rickshaw permits in Mumbai and other key cities like Pune, Nashik and Nagpur.
The notification has dissolved the lottery system of granting permits and will allow any number of applicants to avail permits.

Therefore, Jain says, "We remain positive on BJAUT, based on (1) Growth in all the three businesses (2W, 3W and export) with~20% aspired volume growth (2) Widest product portfolio (Pulsar, Avenger and KTM) in the premium segment, and (3) Cash equivalents at ~20% of Mcap provide scope for higher payouts. Although the M1 segment focus will be EBITDA dilutive, it will help win back mass/rural customers and energise dealer relations (via volume thrust)."