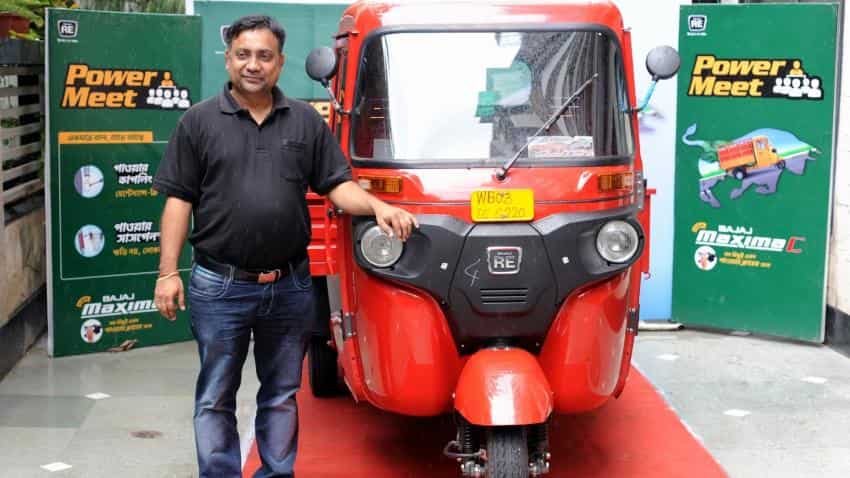 Though Bajaj Auto reported a growth of just 2.2% in its net profit during the Q1 FY18, this was seen as a one of quarter for the company. The company's Q1 FY18 margins were at a seven year low and its net profit of Rs 978.3 crore for the quarter ended on June 30 as compared to Rs 957.3 crore during the same period a year ago.

However, Bajaj Auto is expected to make a comeback soon as a result of its exports. Although domestic volumes declined, exports volumes grew by 11% yoy and 26% qoq on strong surge in markets other than Sri Lanka and Nigeria.

The biggest miss came in at operating level where margins decelerated to 17.6%, lowest since Q4 FY09. However, this was a result of the transition to the goods and service tax (GST) resulted into dealer compensation of Rs 32 crore, plus destocking of motorcycles before GST implementation (to minimize inventory losses), postponement of buying high end motorcycles by consumers, implementation of post

GST prices in mid June itself and some loss of market share versus competitors led to margin decline, said analyst Ashwin Patil in a LKP Research report.

Higher raw material costs, increased marketing on CT 100 and Platina in the month of May also resulted into margin decline, he added.

“Going forward as motorcycle prices reduce, pent up demand of one month may result into bump up in the sales in July. Post a fall in Avenger sales, the management now expects revival in it again and sell 12,000-15,000 units of sales by September end. The V family is also again expected to increase up to 25,000 units during the same period. The 373cc Dominar and the premium KTM bikes which were launched in Q3 are expected to perform well. Dominar which is currently selling close to 2,000 vehicles is expected to move northwards from July onwards. Prospects of good monsoon should help revival in sales from July onwards,” said Patil.

Besides this, the KTM business of Bajaj Auto has been blooming well as sales in Q1 grew by 53% YoY and 45% QoQ.

On the three-wheeler front, the removal of restrictions on new permits by the state government of Maharashtra and opening of permits in Delhi, Karnataka and West Bengal and proposed replacement of 2 stroke by 4 stroke three-wheelers in Bengaluru may drive the growth in this segment in FY18 and FY19 for the company, said the report.

Bajaj Auto's exports saw a significant jump in Q1 FY18. Entry into new geographies such as Turkey, Iran and SE Asia and success of three-wheelers in Nepal, Bangladesh, South East Asia, Philippines and Egypt led to a 11% YoY and 26% QoQ growth in exports.

Despite weakness in the top two export geographies for Bajaj Auto, the exports have witnessed an extraordinary growth. The company mentioned that In the wake of this robust improvement and sustainable recovery, they expect 1.6 million units of exports growth for FY18, said the report.