A Bloomberg poll of experts predicted net profit of Rs 624 crore this quarter for Axis Bank. 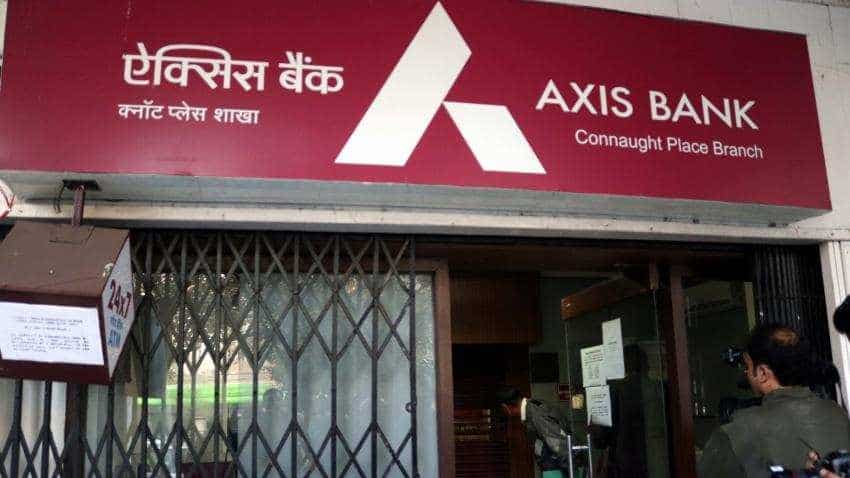 One of the largest private lenders, Axis Bank has posted a good June 2018 quarter, as the bank posted a net profit of Rs 701 crores compared to a loss of Rs 2,188.74 crore in the preceding quarter. However, on yearly basis, the net profit was a decline compared to Rs 1,305.60 crore in the corresponding period of previous year. Meanwhile, Net Interest Income for Q1FY19 was Rs 5,167 crores which grew by 12% YOY and 9% QOQ. With this, Axis Bank has surpassed analysts estimate. A Bloomberg poll of experts have predicted net profit of Rs 624 crore this quarter.

Here’s are the key highlights of the performance during Q1FY19.

Axis Bank’s  book value or investments portfolio as on 30th June 2018, was Rs 1,54,614 crores, of which Rs 1,10,936 crores were in government securities, while Rs 28,911 crores were invested in corporate bonds and Rs 14,767 crores in other securities such as equities, preference shares, mutual funds, etc.

Under Basel III, the Capital Adequacy Ratio (CAR) and Tier I CAR (including net profit for Q1FY19) as on 30th June 2018 was 16.71% and 13.22% respectively. The Bank remains well capitalised to pursue growth opportunities.

The Bank’s provision coverage, as a proportion of Gross NPAs including prudential write-offs, stood at 69%.

During the quarter, credit card usage witnessed significant growth of 51% YOY in value terms. The share of digital transactions in the overall transaction mix for the Bank remained strong and stood at 70% as at end of June 2018.