There are innumerable stories of aviation accidents we hear every day and this was another story that left Delta Air Lines passengers  terrified . 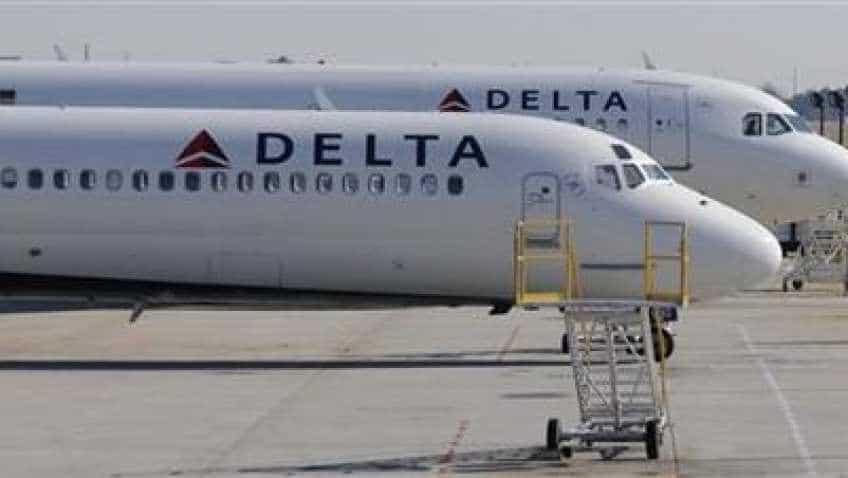 The San Francisco to Detroit Delta Air Lines flight had to abandon its take-off due to a frightening engine problem. Image source: Reuters
Written By: ZeeBiz WebTeam
RELATED NEWS

There are innumerable stories of aviation accidents we hear every day and this was another story that left Delta Air Lines passengers terrified . They have a terrifying story to narrate of having escaped an aviation tragedy! In a terrifying moment, passengers actually saw their plane engine catching fire after a failed take-off. The San Francisco to Detroit flight had to abandon its take-off due to a frightening engine problem. As the plane was taking off, plumes of smoke were seen coming out of the engine. The passengers saw the smoke billowing out of the engine and they actually managed to take videos of it.

It sounded like a tyre had blown on the suspended take-off, said Photojournalist Jeff Holloway, a passenger on the plane, who took to Twitter to explain his ordeal. A video shows massive plumes of smoke coming out of the engine, according to an Evening Standard report.

Crew did “great work” but that a “few folks may need new underwear”, a cheeky passenger noted as he posted a video on Instagram. The plane was reportedly carrying 229 passengers. Delta Air Lines says the Boeing 767 aircraft had returned to the terminal with customers and they were then shifted to an alternative aircraft. The aircraft took off on Monday evening, the report said.

Another flyer, Irish Karla Cantre Bumanglag, from Bath, Somerset said that She felt like she was on a rollercoaster as she watched the drama unfold through the windows.

We blew an engine right before takeoff from SFO Sunday night. Great work by crew - all safe. Got a new plane. A few folks may need new underwear. Video credit @johnbondegard

Customer safety and crew are always our top priority and Delta maintenance technicians are evaluating the original aircraft, the airline reacted.
In a recent aviation disaster, at least 49 people were killed in an accident while landing at Kathmandu's Tribhuvan Airport in Nepal in March this year. Flight BS 211, Bangladeshi carrier US-Bangla Airlines, a privately owned carrier, was flying from Dhaka with 71 passengers on-board.