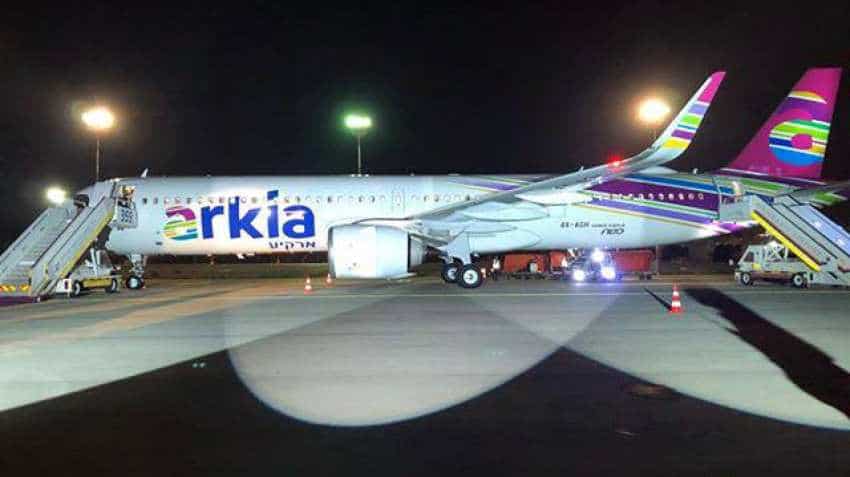 Israel's Arkia Airlines will introduce direct flights to two Indian cities -- Goa and Kochi, considered "dream destinations" by many Jews in this country, tapping the huge tourism potential between India and Israel. Arkia will operate the new flights from September 2019, company officials said.

"Arkia will operate the new flights from September 2019 onward using recently acquired Airbus 321neoLR. Flights will take about seven hours and will operate throughout the year, except during the monsoon season in India," Orly Peleg-Mizrahi, spokesperson for the Israeli airline, told PTI.

The launch was marked by significant increase in the number of people travelling between the two countries leading to rise in number of flights per week from three to five, which may even further go up given the enthusiastic response.

"The launch of direct flight from Delhi to Tel Aviv has been a massive success with an increase of almost 60 per cent in the number of tourists visiting Israel from India in the last two years. The direct flight using Saudi and Omanese airspace has cut short the flying time and also made travel cost-effective," Lydia Weitzman, Foreign Press Adviser to the Ministry of Tourism, said.

Israeli national carrier El Al has been operating direct flights between Mumbai and Tel Aviv but takes a longer route as it cannot fly over the Gulf Countries' airspace.

Israel does not have diplomatic relations with Saudi Arabia and Oman but its "warming relations" with these countries have recently been widely publicised.

The flight to Goa will take off on Tuesdays, while there will be two weekly flights to Kochi taking off on Mondays and Fridays in September-October, and on Sundays and Thursdays starting on October 27.

The aircraft to be used will have 220 seats and will include full in-flight service. However, the entertainment system onboard will be through an app which the passengers will have to download on their personal devices for viewing (bring your own device system).

The airlines' representatives said that the sale of tickets for the flights will begin on March 24. They said that the likely price of the tickets to Kochi would begin at USD 250 one way and for Goa at USD 300.

Arkia's Chief Executive Officer, Nir Dagan, said that the airline would offer direct access "to preferred destinations at equal prices for everyone". "The destinations that we selected have been the dream of Israelis from all parts of the tourist spectrum," Dagan added.

To make the operations viable and keep it cost-effective, the airlines' International CEO, Oz Berlowitz, said that "in addition to the organised tours and vacations, Arkia will also offer connecting flights to a variety of Far Eastern destinations".

Goa has been the most popular destination for young Israelis, mainly among those looking to travel to India just after finishing their mandatory army service. Israel has about 25,000 Jews from Kochi.

A replica of their most famous synagogue in Kochi has been built by the community in one of their settlements in south of Israel. A smaller replica of the same is also on display at the Israel museum in Jerusalem.