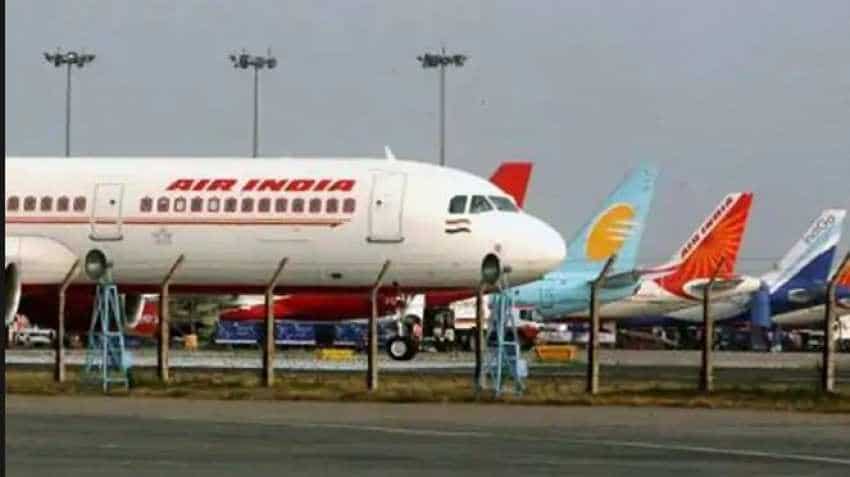 The average air ticket prices have gone up in the range of 10-15 per cent across various sectors even as airlines like SpiceJet and IndiGo have mounted additional capacity. Image source: PTI
Written By: IANS
RELATED NEWS

Airfares on domestic routes, especially those connecting non-metro cities, remain high with suspension of Jet Airways flights. The average ticket prices have gone up in the range of 10-15 per cent across various sectors even as airlines like SpiceJet and IndiGo have mounted additional capacity.

"The average fare level is higher... in the range of 10-15 per cent," an Air India executive said. Ankur Bhatia, executive director at diversified travel and hospitality major Bird Group, said that the airfares had risen more in case of short-haul routes such as Delhi-Dehradun on long weekends. But with induction of capacity, the fare is returning to normal level, he said.

"In coming weeks, once additional capacity is brought by SpiceJet and Air India, the fare levels would come down further," Bhatia added. Faced with severe liquidity crisis, Jet Airways this week suspended its entire operations causing massive reduction of capacity.

"Since no emergency funding from the lenders or any other source is forthcoming, the airline will not be able to pay for fuel orother critical services to keep the operations going. Consequently, with immediate effect, Jet Airways is compelled to cancel all its international and domestic flights," the airline had said in an official statement on April 17.

Sharat Dhall, COO (B2C), Yatra.com, said that with Jet Airways discontinuing service temporarily, the Indian civil aviation industry has taken a big blow as Jet has been a carrier with a large fleet and the preferred choice for many travellers over many years.

"Additionally, with the timing coinciding with the peak summer travel period, demand is likely to be high across all sectors. However, we have confidence that the industry will be able to take on this increased demand with other carriers inducting more aircrafts which should help rationalize airfares which are on the higher side, particularly for last minute travel," he said.

Low-cost carrier SpiceJet is expected to take 30 of the Jet Airways` grounded aircraft on lease and deploy them on domestic sectors in coming weeks.