Avengers: Endgame: Going to watch Marvel saga? How Myntra can add to your experience

Avengers: Endgame is set to hit the theatres across the globe on April 26 amid huge fanfare and brands are leaving no stone unturned to make the most of this opportunity. 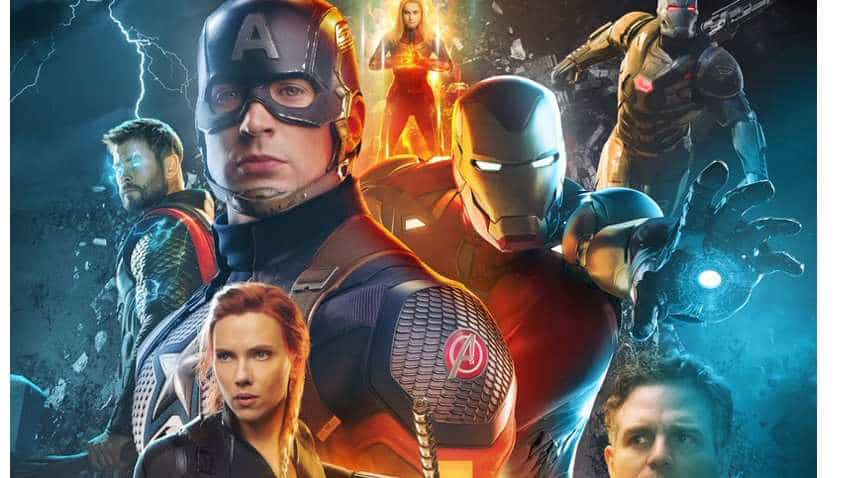 The line-up features a wide range of T-shirts for men and women that have been in high demand so far. Source - Marvel.
Written By: ZeeBiz WebTeam
RELATED NEWS

Avengers: Endgame is set to hit the theatres across the globe on April 26 amid huge fanfare and brands are leaving no stone unturned to make the most of this opportunity. Avengers: Endgame has already sold over 1 million tickets and is sold out for the weekend in all the major cities. Ahead of the release of much anticipated 22nd film in the Marvel Cinematic Universe, Myntra is offering more than 400 styles for fans to pick from. In a release, Myntra said that its ‘Avengers: Endgame’ collection by Kook & Keech features all-time favorites, including, Captain America, Iron Man, Spider Man and generic Avenger merchandise.

The line-up features a wide range of T-shirts for men and women that have been in high demand so far. Myntra said that a lot of women are also looking up to the Avengers merchandise from a contemporary fashion perspective, as they integrate their passion for Marvel comics and its characters, with everyday fashion.

As expected, Captain America is on top of the list of people’s choice as the favorite Avenger, followed by merchandise incorporating, Generic Avengers (Avenger Logo & Multiple Hero Symbols), Iron Man and Spider Man are the other characters, featuring in the top three, among men and women. The generic range includes Avengers Logo, symbols of popular superheroes, among others, from the Marvel universe. The range has been priced between Rs 599 and Rs 2299.

The film is releasing amid huge buzz and BookMyShow claims to have sold one million tickets in just over a day. The app witnessed a peak of 18 tickets per second, even before the film releases in cinemas on April 26 in India in English, Hindi, Tamil and Telugu. A recent report by Bollywood Hungama claims that the makers have got permission to screen the film post midnight throughout India. This means that the Marvel mammoth will be screened 24x7 in the country. A source was quoted in the report saying that the shows will be planned only A-tier cities and especially in IMAX and 4DX versions.

Avengers: Endgame is the 22nd film from the Marvel Cinematic Universe, the latest after Captain Marvel, which released last month.

Movie critic and trade analyst Taran Adarsh believes that the film could have a historic start in India. "AvengersEndgame advance booking is unheard of, unimaginable and unprecedented... Much, much better than several #Hindi biggies that opened in 2018 and 2019... Eyes a record-breaking, historic start in #India... Dear BO records, get ready to be smashed and shattered!" he tweeted on Tuesday afternoon.