After Tamil Nadu shut a copper smelter run by Vedanta Resources following deadly protests, the company faces another challenge 1,000 miles away, where axe-toting tribesmen and environmentalists have joined forces to demand the closure of an alumina refinery. 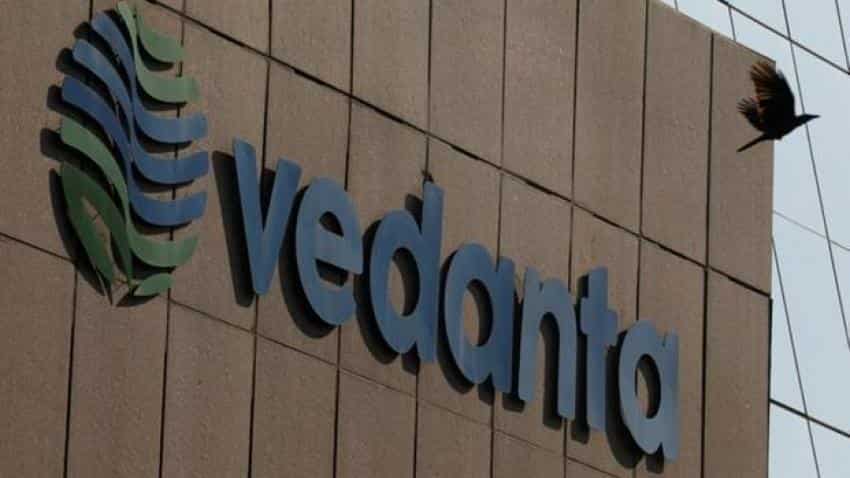 An alliance of activists and local people have for years blocked London-listed Vedanta`s plans to mine bauxite in the green, jungle-clad Niyamgiri hills of eastern Odisha, which the tribespeople consider sacred. Image source: PTI

After Tamil Nadu shut a copper smelter run by Vedanta Resources following deadly protests, the company faces another challenge 1,000 miles away, where axe-toting tribesmen and environmentalists have joined forces to demand the closure of an alumina refinery.

An alliance of activists and local people have for years blocked London-listed Vedanta`s plans to mine bauxite in the green, jungle-clad Niyamgiri hills of eastern Odisha, which the tribespeople consider sacred.

The killing by police of 13 people protesting against the copper smelter in Tamil Nadu, to the south, has given fresh impetus to their campaign to also close the Odisha refinery run by the company`s Indian unit, Vedanta Ltd. The company is seeking to expand the plant.

"We`ll shed our blood for Niyamgiri, we will die for Niyamgiri," tribal leader Lado Sikaka, carrying an axe hooked onto his shoulder blade in the fashion of men from his community, told a crowd of several hundred at a rally near the refinery, in the remote town of Lanjigarh, on June 5.

"Vedanta can give jobs to only a few but Niyam Raja has given us everything," he said, referring to the hill-god of the community`s traditional animist religion. "We will keep fighting till the end. We will intensify our agitation."

The poster behind him demanded: "Polluter and killer company Vedanta to quit India. Tribute to martyrs of Tuticorin".

In Tuticorin, officially known as Thoothukudi, Vedanta has been accused by local residents and environmentalists of polluting the air and groundwater. The police shootings on May 22 came after at least 50,000 people gathered on the 100th day of their campaign to oppose the expansion of the smelter.

The company, in which Indian scrap metal dealer-turned-billionaire Anil Agarwal has a controlling stake, called the incident "absolutely unfortunate". It denies it is in breach of any environmental laws.

In the wake of the police shootings, the Tamil Nadu state government ordered the closure of the Thoothukudi copper smelter on environmental grounds, wiping tens of millions of dollars off Vedanta`s market value and sales. Sources say the company may appeal.
TAKING RISKS

The Odisha alumina refinery, lacking a local source, mostly uses costly bauxite imported from as far as Brazil and Guinea and brought 170 miles (275 km) by train from a port in neighbouring Andhra Pradesh state - a situation that makes no economic sense.
Sikaka and other representatives of the Dongria Kondh tribe, with an estimated population of up to 16,000, say they fear the company aims to revive plans to tap the high-quality bauxite beneath the pristine Niyamgiri hills.

The tribe, whose name derives from "dongar", which means "farming on hill slopes", believe they are the descendants of their male deity, Niyam Raja, and have exclusive rights to the hill they live in.

The tribe`s fight with Vedanta has been likened by environmental campaigners to James Cameron`s Oscar-winning "Avatar" movie, in which humans battled with indigenous people on a fictional moon for mineral rights.

One Vedanta executive who spoke to Reuters acknowledged that mining in Niyamgiri remained its long-term aim.

"In business you have to take risks. The whole purpose of setting up the plant in this jungle was to have access to bauxite," said the executive, seated in the guesthouse of a Vedanta township ringed by hills and secured by large steel gates manned by private security guards.

"Some day bauxite mining will happen here. Dongria people are looking for opportunities. A section of them wants to join the mainstream."Vedanta had intended to supply the refinery with bauxite extracted from the Niyamgiri hills by a mining company owned by the state government, which backed the project. A rusting steel conveyor belt mounted on dozens of concrete pillars can still be seen snaking down the green hillside to the plant.

But, after opposition from local villagers and global rights groups, the plan was blocked by the federal government and Supreme Court in 2013. Two years later, Odisha tried to revive the mining plan without success.

Vedanta said in a statement to Reuters that it would participate in any auctions of new bauxite mines in Odisha, adding that the state had 70 percent of India`s total bauxite reserve, the world`s fifth-largest.

The company did not answer a question on whether it still hoped to access the Niyamgiri reserve, which is estimated to hold 88 million tonnes of bauxite, enough to meet the refinery`s demand for around 17 years based on current annual consumption of 5 million tonnes.

It takes around 3 tonnes of bauxite to produce 1 tonne of alumina, a chemical mixture used to make aluminium metal by running an electrical current through it.

Vedanta has environmental and other clearances in place to expand the refinery`s capacity to produce 6 million tonnes of alumina a year, said the executive, who declined to be named, citing company policy.

Vedanta has already spent more than $9 billion to build the refinery and an aluminium smelter in Odisha. The refinery has never made money since being commissioned in 2007, mainly due to the use of costly bauxite.

A federal environment ministry spokesman did not respond to requests seeking comment on the protests against the refinery. A senior ministry official declined to comment.

Prafulla Samantray, who won the international Goldman Environmental Prize in 2017 for leading the legal campaign against the open-cast mine, said he had already challenged the expansion of the refinery in India`s National Green Tribunal, on the grounds that when mining is not allowed in Niyamgiri, no polluting industry should be permitted around it.
Vedanta denied the refinery polluted the area.

"We, at Lanjigarh, are committed to operating as a responsible business, adhering to international standards of sustainability and corporate governance," the company said in the statement. "We are committed to our environment by achieving `zero harm`, `zero waste` and `zero discharge` at our unit and promote social inclusion across our operations."

Vedanta insiders say it is natural for a company that has grown so quickly - majority owner Agarwal started out in 1979 buying a tiny copper company and now runs an empire spread across continents - to be the arget of environmentalists.

But at the same time they acknowledge the damage to its image such protests can cause. Many high-profile investors have already sold their shares in the company.

A planned $1 billion university by Agarwal`s foundation in Odisha has been collateral damage from the opposition to Vedanta, said Bijay Patnaik, a former chief civil servant of Odisha who now heads the university project that has been delayed by years because of a dispute over whether the venture was `non-profit`.

"Vedanta University has nothing to do with the company as such. But people still think it`s all related to the company, nobody thinks it`s his personal wealth he is giving," Patnaik said.

Vedanta says in a background paper posted on its website that the refinery and mine were always conceived as an "integrated project" that would benefit an area it says is characterised by "stark poverty".

In Lanjigarh, senior police officer Gopinath Monipatra said Vedanta has been able to convince a number of people about the economic benefits of having the refinery, though many still remained opposed to it.

Local journalists and police said the plant was the only reason the remote area, parts of which are controlled by leftist guerrillas, now had well-maintained, tarred roads and motorcycles.

"It would have remained a jungle otherwise," said policeman Gupteswar Bhoi.

The plant employs around 5,300 people directly or indirectly, with more than two-thirds of them from its host district and the one adjoining it. Spending by the company on local health and education facilities is rising too, it said.

But tribal leaders such as Sikaka spoke passionately against the plant at the June 5 rally, held under a colourful tent shaded by mango trees as around 150 police kept a watch, some in riot gear.

Behind Sikaka sat a handful of Dongria women in their traditional red-and-white tribal dress, with golden rings through their noses and colourful beads around their necks.

One was the sister of millet-grower Drinju Krushuka, who said he walked five hours to the rally from his village deep in the hills, after hearing on the radio about the deaths in Thoothukudi.

"We will never allow them to expand and mine in Niyamgiri," said Krushuka, who has never been to school. "How many people can they kill?"