Several automobile companies reported an impact due to the rollout of GST and a one-time charge incurred as they had compensate dealerships for unsold inventory. 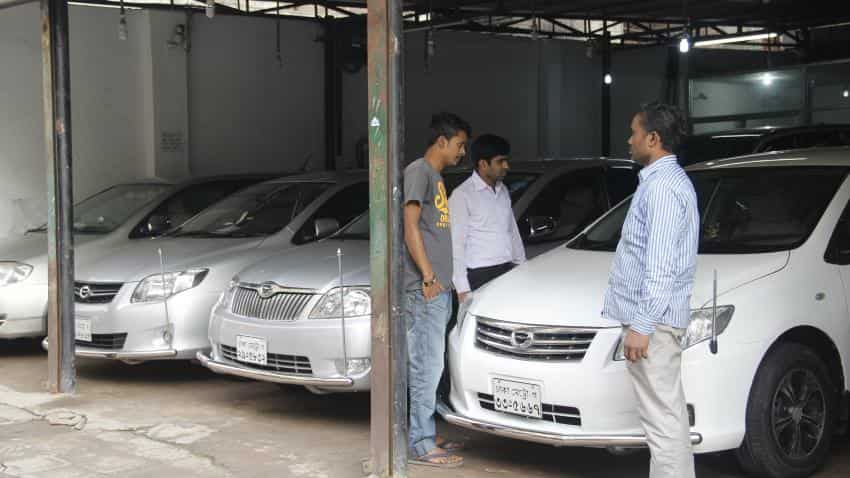 The automobile industry have seen poor results in the first quarter of FY18. Issues such as the Bharat Stage III (BS-III) vehicle emission norms ban, rising raw material costs and the implementation of the goods and service tax (GST) had an impact on revenues of these companies during the quarter.

The largest car manufacturer in India, Maruti Suzuki saw its net profit rise by a marginal 4.4% during Q1 FY18. This was due to a higher deferred tax provision even as sales, including exports grew by at a good pace.

The net profit of the company increased to Rs 1,556 crore during the quarter from Rs 1,490.9 crore in the same quarter this year.

Mahindra & Mahindra (M&M) which announced its results on Friday reported a 11.75% fall in its consolidated profit after tax (PAT). It had declined to Rs 768.3 crore in the June quarter from Rs 870.60 crore in the same quarter last year.

The company said the impact was due to the impact of GST. Mahindra reported a one-time impact of Rs 144 crore due to GST. This was seen as excluding the GST impact the company's profit stood at Rs 862 crore.

Commercial vehicle (CV) manufacturer Ashok Leyland too posted a 62% decline in its net profit. The Hinduja flagship company, Ashok Leyland, reported a standalone net profit of Rs 111.23 crore during the quarter, from Rs 290.78 crore in the same quarter last year.

The company said that profitability was lower primarily because of a richer mix and exchange gain on swap contracts in the first quarter last year.

The company said that this was due to the impact of GST as it incurred a one-time charge of Rs 32 crore in payments to dealers for inventory they held as of June 30, a day before the roll-out of GST.

Another two-wheeler company Hero MotorCorp reported a marginal 3.5% rise in its net profits. It's net profits rose to Rs 914.04 crore in Q1 as against Rs 883.09 crore in the corresponding quarter last year.

However, TVS Motor was the only one to report a large 21.1% growth in its net profits as it increased to Rs 121.25 crore during the quarter from Rs 100.08 crore in the same quarter last year.

With only Tata Motors and Eicher Motors left to report their quarterly results, the growth of automobile companies in the first quarter so far remains muted.

The result for this poor performance in the automobile sector during Q1 was the pressure on their margins due the rising raw material prices and the increased discounting before the rollout of GST to liquidate inventory.