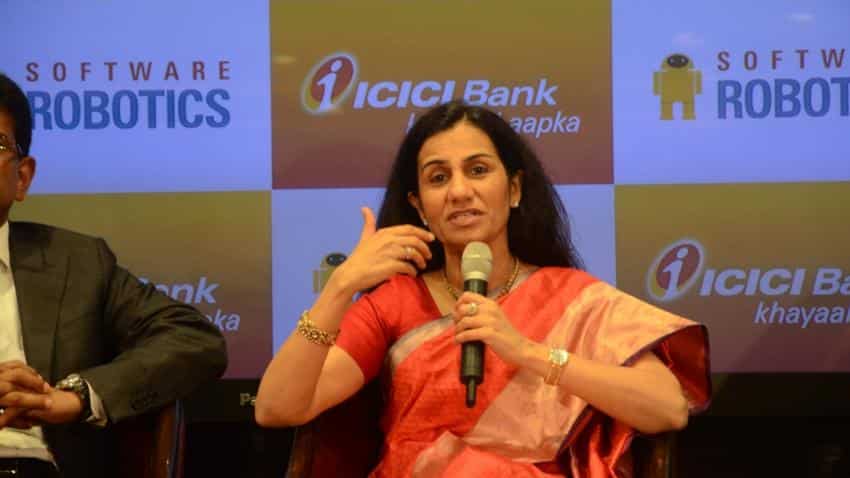 ICICI Bank on Thursday said it has started an automation drive to use machines and codes in many operations and is looking to increase the share of such transactions to 20 per cent of the entire non-digital processes by March 2017.

"We are the first domestic and one of the few global banks to adopt 'Software Robotics' in our operations. We are already using it in 200 processes which represent 10% of our overall transactions," ICICI Bank's managing director and chief executive Chanda Kochhar told reporters in Mumbai.

She said the second largest lender is targeting to increase the number of processes to 500 by the end of the current fiscal, and do 20% of the overall non-digital transactions using automation.

ICICI Bank tweeted on Thursday as saying,"ICICI Software Robotics now manages 200 processes. Will scale it up further to 500 by end of this fiscal."

#ICICISoftwareRobotics now manages 200 processes. Will scale it up further to 500 by end of this fiscal. pic.twitter.com/hKLvKiJI21

Till now, the bank has been able to save nearly 60% in response time for customers using the mechanical interventions and will also be saving on costs through better utilisation of human resources, Kochhar said, declining to give a target on the effect of this on the bank's cost to income ratios.

Kochhar said the cost to income ratio has come down to 35% from 40% three years ago.

She also declined to share investment details for the 'software robotics' solutions, which have been jointly developed by internal team and external vendors.

At present, the solutions have been introduced in processes in the retail banking, agro business, trade and forex, treasury and HR functions.

She said the solutions are being used for repetitive, high volume and time-consuming tasks like filing of TDS under the 15G/15H process or wrongful debit at ATM without the cash being dispensed, etc.

Kochhar, however, clarified that the bank will continue to hire people as well and added that top global banks such as UBS have deployed similar solutions.