Automation is about upscaling business, not job cuts: TCS COO

Subramaniam, who was here to participate in the World Economic Forum (WEF) Annual Meeting last week, said the IT industry changes every 3-5 years and constantly requires reskilling and upskilling. 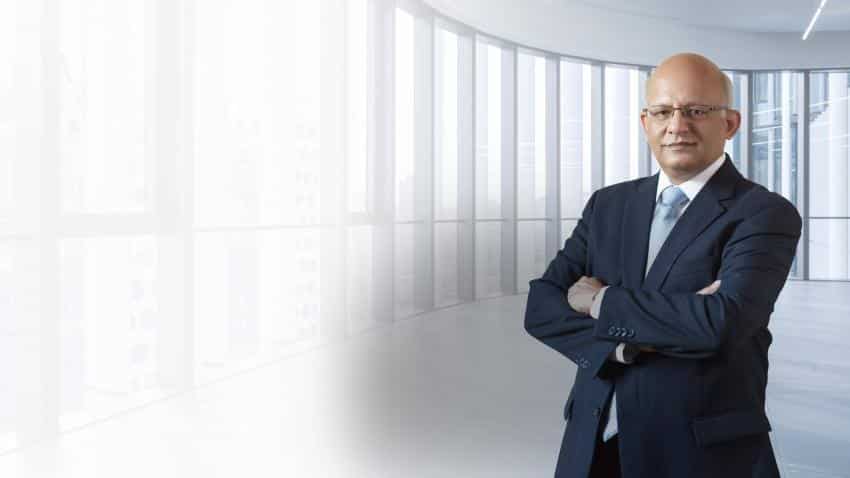 The IT industry veteran said TCS has seen from the studies it did that automation results in people getting reoriented and improving their quality of work. Image source: TCS.com

Confident that automation and artificial intelligence will help businesses upscale and grow bigger, a top TCS executive says the job loss fears in the IT industry are highly exaggerated and it is the organisation's responsibility to reskill and upskill its workers.

Chief Operating Officer N Ganapathy Subramaniam, who has been with TCS for 35 years and is known as NGS among colleagues, said the 'change' is the only constant in the IT industry and internally his company uses it as an acronym - 'Change Has Another Name, Gaining Excellence'.

Subramaniam, who was here to participate in the World Economic Forum (WEF) Annual Meeting last week, said the IT industry changes every 3-5 years and constantly requires reskilling and upskilling.

"We have been seeing these changes from the beginning, but what safeguards our employees from these changes is the contextual knowledge they possess," Subramaniam told PTI in an interview.

"What we do is that while working with a particular client, a particular industry at a particular time, our people acquire a contextual knowledge that is beyond the domain knowledge. The technology knowledge is something which you can get through training and that is not a big deal.

"All employees in the IT industry have been through various changes and keep updating their domain knowledge. But, contextual knowledge is beyond that and tells you that in a particular domain, how a client and its business operates. It tells you about the ecosystem, work flow, data and information flow, and that knowledge is very valuable to the clients," he said, while explaining what sets TCS apart from others.

Asked whether the job loss fears are for real in the Indian IT industry with automation and artificial intelligence (AI) gaining ground, he said India is a very competitive country.

"Right from getting admission in nursery school to going through competitive examinations and then getting a job in a company like TCS with another exam and another interview, we come out from a particularly competitive environment.

"If our people cannot learn, I don't know who else can learn then," he said while exuding confidence that Indians are always ready for any new challenge and keep upskilling themselves.

"There are some irresponsible statements that have come out that 60-70 per cent people would be left irrelevant and jobless and I do not believe that. We always say there are only legacy technologies and no legacy people," he said.

"We at TCS believe in always reskilling and upskilling our people. Some competitors have gone ahead and done some acquisitions for getting new technologies and make money. We could have done that as we have the cash and make our own people irrelevant, but we did not do that and said we want to invest in our people to retrain them," he said.

Subramaniam said the path adopted by TCS may be longer but he was happy doing it this way, as the contextual knowledge of its people, combined with the new technology knowledge they will acquire, will make them much more sustainable and powerful than a new set of people and technology coming in through an acquisition.

"We have always invested in our people and we will keep doing that. The fundamental question is whether AI, machine learning, automation etc are going to make people redundant and create job losses?

In our experience, we have done a lot of transformational projects in a year or so... And we have seen, this gives the businesses an opportunity to expand and upscale at a lower cost, and growth in business creates room for more people though in different roles," he said.

The IT industry veteran said TCS has seen from the studies it did that automation results in people getting reoriented and improving their quality of work.

Giving an example of a retail company for which it worked, he said automation at front office level brought in efficiency and the people earlier in those roles were reoriented to be consultants.

"The retailer decided to adopt a hybrid model where customers can order online and then comes to pick it up, where he is served by a consultant, who was earlier a front office person and now tells the customer whether he or she needs to order something more.

"These sound like small things but help win over the customer loyalty. This is another case of contextual knowledge helping transform the people," Subramaniam said.

"We have not seen job losses. People get reoriented and the efficiency that is brought in, makes the volume of transactions increase significantly which automatically results in growth.

"With growth comes additional responsibility and there are organisations where people get trained and when growth happens, franchises are created," he said.

He said all organisations and the individuals in this industry have a responsibility to ensure survival of everyone with the new way of working and with new constraints.

"How do we retrain our people is the organisation's responsibility. We do not want a hiring-and-firing model. As long as you are able to do this with existing people it should be done," he said.