Auto demand in Maharashtra tumbles: 5 reasons why it happened

Crop failure, drought are some of the key factors that resulted in the decline in auto demands 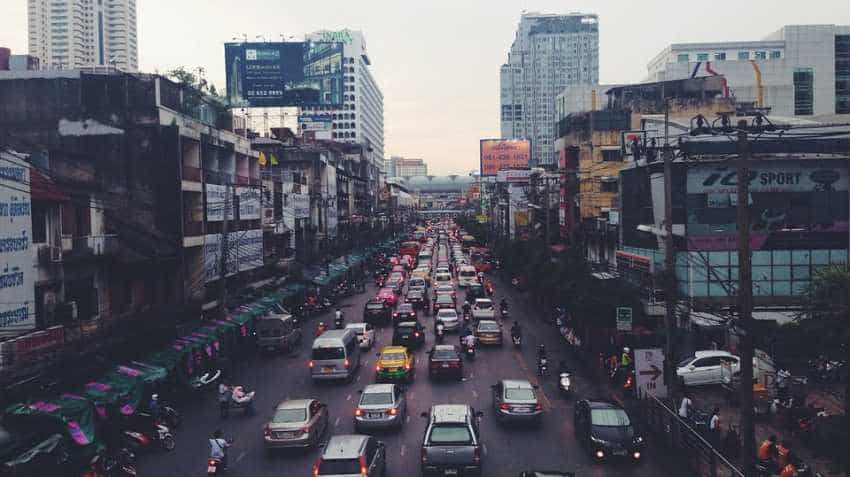 Analysts at Motilal Oswal pointed out that auto sales were hit severely in the state due to farmers' sentiment and drought experienced in few regions. Photo: Pixabay
Written By: ZeeBiz WebTeam
RELATED NEWS

From April, here is what will happen to Maruti Suzuki car prices

Automobile sector which has already been witnessing sluggish sales in past few quarters, has continued the trend even in first nine months of FY19. Interestingly, passenger cars, two-wheelers and even tractors have faced difficulties in Maharashtra.

Analysts at Motilal Oswal pointed out that auto sales were hit severely in the state due to farmers' sentiment and drought experienced in few regions. Maharashtra experienced the worst of the droughts, which definitely took a toll on crop production. This in turn, weighed down the auto demand in the state, as there was a steep fall of 30-40% wholesale prices of key crops.

A ground report by Motilal Oswal states the following as the reasons for the decrease in the auto demand:

Due to the fall of wholesale prices by 30-40% of crops and the drought like situation in key rural markets like Ahmadnagar, had a strong impact on auto demand. In further inquiring, it was revealed that the Nashik's grape prices plummeting by 40-45% in the domestic market to Rs 30/kg and 30-35% in export market to Rs 45/kg also has its effect on the sales of automotives. Moreover, the increased costs of animal fodder added to the financial burden.

The two-wheeler retail sector was majorly hit among all auto sectors , as there was a fall of 15-20% in FY19. Weak sales inquiries have led to record inventory across OEMs. Motilal Oswal notes that channel partners of HMCL hold the highest inventory of 9-10 weeks, while TVSL and BJAUT’s inventory is in the 6-7 weeks range. Consequently, as a support to channel partners, HMCL would bear interest cost on the excess inventory (beyond 5-6 weeks), effective Jan’19.

On company-wise, Bajaj Auto had the highest incentives like free owner damage insurance and free five-year warranty and aggressive vehicle financing, increasing volumes to 52% in 3QFY19. Hero Motor Corp, Honda and TVS did not extend any offer, schemes or incentives.

Royal Enfield retails continue to decline across regions up to 20% due to postponing of purchase in key rural areas, increase in purchase cost and competition by Jawa.

3. Scooters get an edge

Scooters saw a better performance as there was an increase in people opting for scooters by a share of 35-40% because of better road infrastructure. Here, Activa enjoyed brand preference in the rural areas while Suzuki Access and TVS Ntorq gained base in urban spaces.

Sales in existing models remained low. However, it is expected that newer models such as New Ertiga, New WagonR, XUV3OO, Marazzo and Harrier will bring customers into the showrooms. Maruti Suzuki performs better than its peers, compared to Mahindra and Mahindra, which saw a fall with Marazzo and Tata Motors, whose Harrier is yet to gain traction.

Demand for tractors has declined by 8-10% in YTDFY19, e Escorts are gaining share from M&M,which has 30% market share in the Nashik region. The decline in demand is partly attributed to a significantly low tractor purchase subsidy by the government as only 30-35% of applications were granted subsidy.

Motilal Oswal stated in their report that two wheelers will grow at 7.5% CAGR in FY19-21, as they expect faster growths in scooters and motorcycles. They also prefer four wheelers and commercial vehicles due to volume growth and  stable competitive environment.

Motilal Oswal places a buy on Bajaj , while neutral status to Hero Motor Corp and TVS

From April, here is what will happen to Maruti Suzuki car prices