Atul Auto is into the manufacturing of the vehicle and has complete set-up for three-wheelers, says Jitendra Adhia, President Finance, Atul Auto. 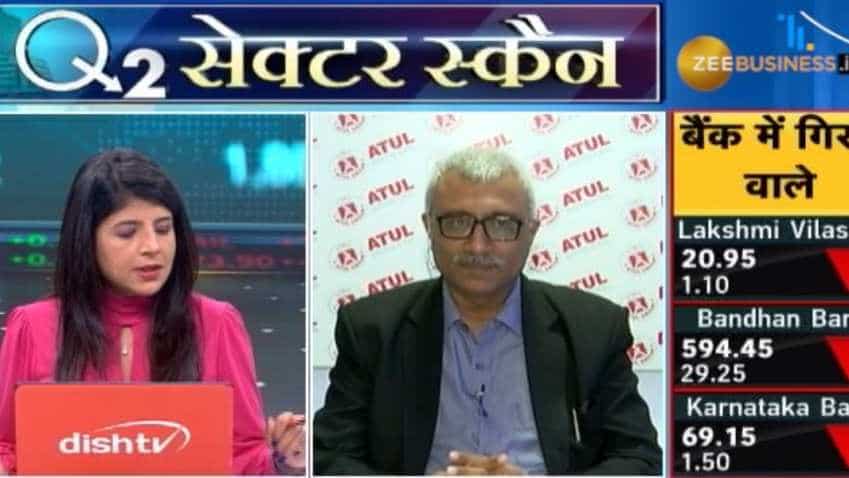 Atul Auto is not part of auto ancillary because they are into complete manufacturing of the vehicle and they have a complete set-up for three-wheelers.
Written By: ZeeBiz WebTeam
Edited By: Harish Dugh
RELATED NEWS

Atul Auto is into manufacturing of the vehicle and has complete set-up for three-wheelers, says Jitendra Adhia, President Finance, Atul Auto. During an interview with Swati Khandelwal, Zee Business, Mr Adhia said, “Atul Auto has introduced the primitive format of e-vehicle powered by the lead-acid battery and are working on a lithium-ion solution which will be launched in 2020”. Edited Excerpts:

How has been the festive season for your company till date and how it will grow by the end of the year?
Atul Auto is not part of auto ancillary because we are into complete manufacturing of the vehicle and we have a complete set-up for three-wheelers. As far as this festive season is concerned then September has turned out to be a good one for Atul Auto. And it has also been an encouraging one for the entire industry and the positivity is being felt in the sector. I will continue to be positive in the ongoing quarter (Q3) about the industry in particular for Atul Auto. When it comes to three-wheeler industry, considering the shift from BSIV to BSVI, then the last quarter will also be a good one because some pre-buying can be seen in the quarter. on comparing, it seems that the second half's performance will be better than the first half of the year. I am sure that Atul Auto will be able to post positive numbers by the end of the year.

What is your order book at present and do you expect that there will be additions by end of the year?
Our retail sales are strengthening slowly and we hope that it will improve more during the festival season. If you have a look at our monthly rate then we have completed the first half at around 3,5000-4,000 and expect that it will improve in the second half. We have posted a number of 5,300 numbers in September and hope that it will continue in October and November as well. Let us see how things will shape-up in the last quarter.

Electric vehicles are the talk of the town. Let us know about your focus point in the area and the kind of order that is expected in the segment?
As far as electric vehicle (e-vehicle) is concerned then we have introduced the primitive format that is powered by a lead-acid battery. Atul Auto is also working on a lithium-ion based solution and expect that the lithium-ion version will be launched next year. These vehicles will be able to compete with conventional vehicles. Speaking about the numbers of e-vehicles at present will be a premature one. And, I have a positive outlook on the order book and we will be able to grow by at least single to double-digit number by end of the year.