The deal shows how wireless carriers may be increasingly willing to pay lofty prices for assets they view as critical to 5G, which is expected to boast higher speeds and more capacity. 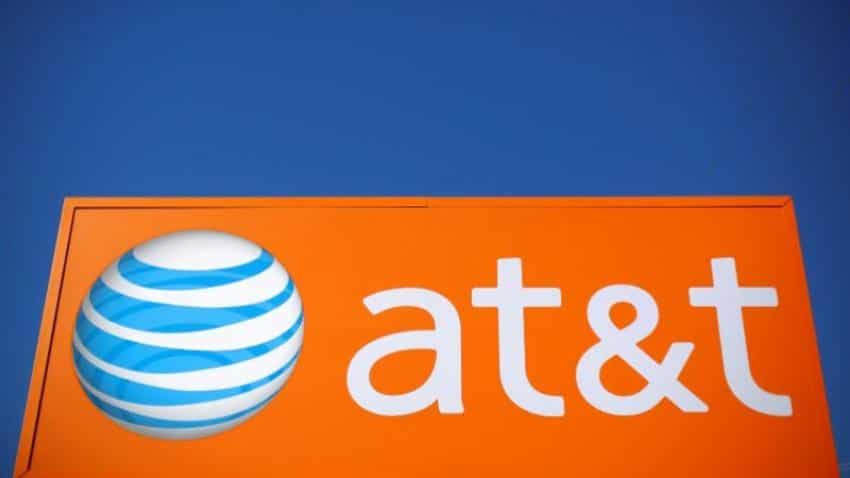 An AT&T sign is seen outside a branch in Rolling Meadows. Photo: Reuters
Written By: Reuters
RELATED NEWS

AT&T Inc said on Monday it would buy Straight Path Communications Inc , a holder of licenses to wireless spectrum, for $1.25 billion in an all-stock deal as it aims to accumulate the airwaves it needs for a next generation network.

The deal shows how wireless carriers may be increasingly willing to pay lofty prices for assets they view as critical to 5G, which is expected to boast higher speeds and more capacity.

The network is widely considered to be a multi-billion dollar opportunity, and wireless carriers do not have many acquisition targets that would give them the type of spectrum they need in preparation for the roll out. Straight Path is one of the largest holders of 28 GHz and 39 GHz millimetre wave spectrum used in mobile communications.

The No.2 U.S. wireless carrier said it would offer $95.63 per share, a premium of 162.1 percent over Straight Path`s close on Friday. Straight Path`s shares rose to $91.32 in afternoon trade, while AT&T`s shares were marginally lower.

Millimetre wave spectrum is expected to play a large role in 5G networks. Both AT&T and rival Verizon Communications Inc have been conducting 5G trials. Verizon is testing a 5G fixed wireless service with equipment maker Ericsson in 11 markets in the U.S. and expects a commercial launch as early as 2018. Meanwhile, AT&T said earlier this year that it had successfully completed tests with Nokia that delivered its streaming video service DirecTV Now over a 5G connection using millimetre wave technology.

Earlier this year, AT&T said it was acquiring privately held FiberTower and its millimetre wave spectrum rights. It expects that deal to close by next January.

In February, Verizon Communications, the No. 1 U.S. wireless carrier, said it had closed on its acquisition of XO Communications` fibre-optic network business for about $1.8 billion, giving it access to millimetre wave spectrum.

Between FiberTower and Straight Path, AT&T should have a similar amount of spectrum as Verizon if not more, said Wells Fargo analyst Jennifer Fritzsche, in a note on Monday.

Shares of other telecom companies rose after the news as investors expect a wave of mergers and acquisitions in the sector this year. Dish Network Corp , which has been amassing wireless spectrum licenses, was up 1.9 percent to $63.75 in afternoon trading.

Dish as well as Ligado Networks, the wireless satellite venture awaiting approval from the U.S. Federal Communications Commission (FCC) to allow it to use its spectrum for 5G purposes, are considered potential acquisition targets by industry analysts. Ligado is working with financial advisers to explore strategic alternatives, sources told Reuters in March.

Straight Path had said in January it was hiring investment bank Evercore Partners to help explore strategic alternatives, including a sale of assets.

The company had also agreed in January to pay the FCC $15 million to settle a federal probe of claims that it had submitted false data to renew airwave licenses.

The tax-free deal, valued at $1.6 billion in total, includes liabilities and amounts to be remitted to the FCC, according to the January settlement terms. It is expected to close within a year, pending FCC review.

The deal with AT&T is supported by Straight Path`s majority shareholder, Howard Jonas, who has entered into a voting agreement with the carrier in support of the transaction.