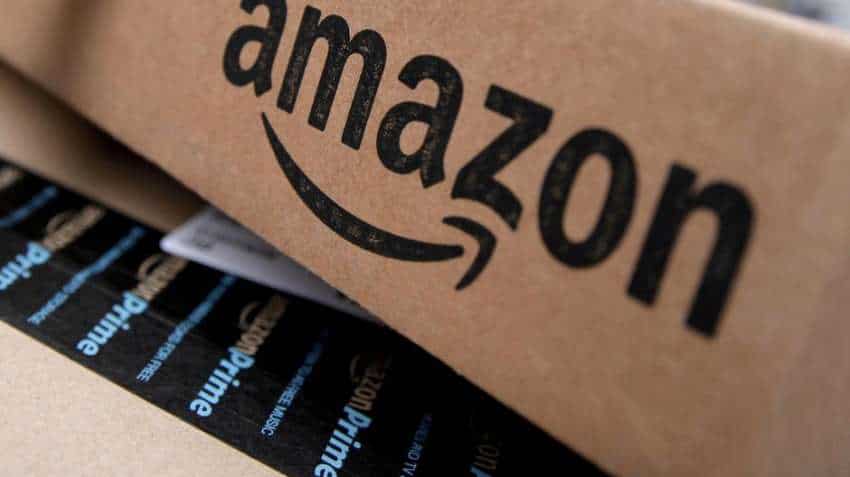 Nearly 600 Amazon employees have been tested coronavirus positive, a company employee has told CBS News, and at least six of those infected are dead, Photo: Reuters
Written By: IANS
RELATED NEWS

Parents, kids alert! Amazon.in launches School from Home store - Know what it is and how it will benefit you

Nearly 600 Amazon employees have been tested coronavirus positive, a company employee has told CBS News, and at least six of those infected are dead.

Jana Jumpp, 59, who works at an Amazon warehouse in Indiana, told the `60 Minutes` TV show host she took advantage of the sheltering-at-home benefit because she feared for her health.

"I can tell you right now, and the number is higher than this, but we have at least 600 [cases]," Jumpp said, adding that six Amazon employees have died from COVID-19 disease.

According to the company, there have been four deaths owing to the deadly respiratory disease.

"I was a little uncomfortable?the cases were starting in Washington and it didn`t seem like anybody had a plan, even Amazon. So my only option at that point was to take a leave of absence," she said.

According to the report, Jumpp is tracking the number of Amazon employees who have tested positive for COVID-19 at locations throughout the US.

"She gathers her data by connecting with coworkers across the country and collecting the automated text messages and robocalls Amazon sends its employees when someone tests positive at one of its facilities," said the report.

Amazon`s head of operations Dave Clark, said this is not the most important way to quantify the problem.

"The actual?total number of cases isn`t particularly useful because it`s relative to the size of the building and then the overall community infection rate," Clark told `60 Minutes`.

Amazon, Inc. is the second largest private employer in the US and announced recently it hired an additional 175,000 people during the coronavirus pandemic.

The letter focused on four former Amazon workers who were fired shortly after they publicly raised concerns about warehouse conditions during the pandemic in March and April. These were Chris Smalls and Bashir Mohamed and tech employees Maren Costa and Emily Cunningham.

"In order to understand how the termination of employees that raised concerns about health and safety conditions did not constitute retaliation for whistleblowing, we are requesting information about Amazon`s policies regarding grounds for employee discipline and termination," read the letter.

Parents, kids alert! Amazon.in launches School from Home store - Know what it is and how it will benefit you

Successful coronavirus vaccine trial by Moderna Biotech cheers up markets, but there is a catch, says Anil Singhvi