Ashok Leyland expected to hike prices by 1% in August

Ashok Leyland reported a weak quarter of results in the June ended quarter due to the impact of BS-IV norm and the implementation of the GST norm. 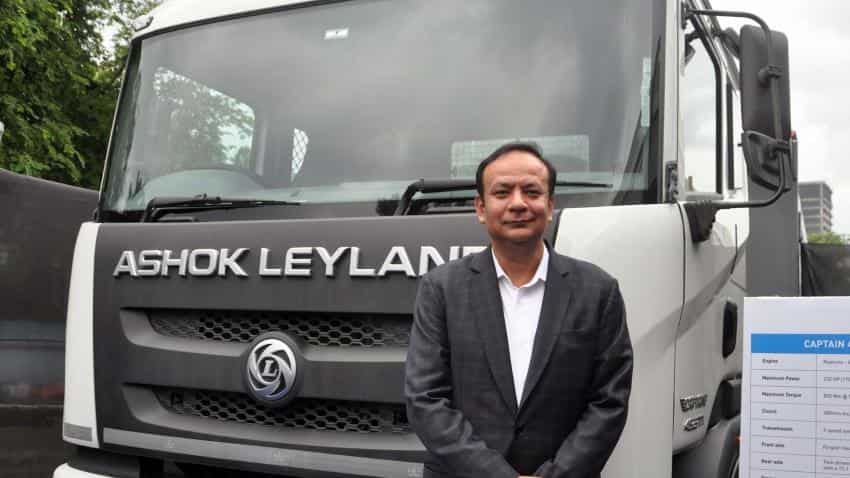 The country's second largest commercial vehicle (CV) manufacturer Ashok Leyland is expected to increase the prices of its vehicles by about 1% next month. The company's management has indicated that it is expected to take another price hike of about 1% in August 2017.

Ashok Leyland's management in a con-call with analysts suggest that they would take another increase in prices due to the the transition from Bharat Stage-III to Bharat Stage-IV emission norms, according to analysts Jay Kale and Vijay Gyanchandani in an Elara Securties report.

The company had already hiked the prices of its vehicles by about 7-10% in April this year owing to BS-III to BS-IV transition. However, it still appears that the price hike was not enough and may see an additional smaller hike in August.

Ashok Leyland had reported a 9% drop in truck sales during the quarter ended June 2017, which has been partly attributed due to the BS-IV transition and implementation issues of the goods and service tax (GST).

Ashok Leyland in the analysts con-call said that they have already converted and sold either in domestic market or exports about 60-70% of the BS-III engine inventory to BS-IV and aims to convert the remaining in the next 3-4 months.

“The company denied any reports of technical issues in its iEGR technology )used in BS-IV vehicles) as also reports of it producing SCR vehicles in certain regions. Management is of the view that such stories are being planted by competition,” the report said.

Ashok Leyland's management has maintained its 10-15% volume growth outlook for FY18 with expectation of volumes improving from August 2017.