As tourist season kicks off, passenger load factor by airlines increases in November

Higher load factor was witnessed during the month with the onset of tourist season. 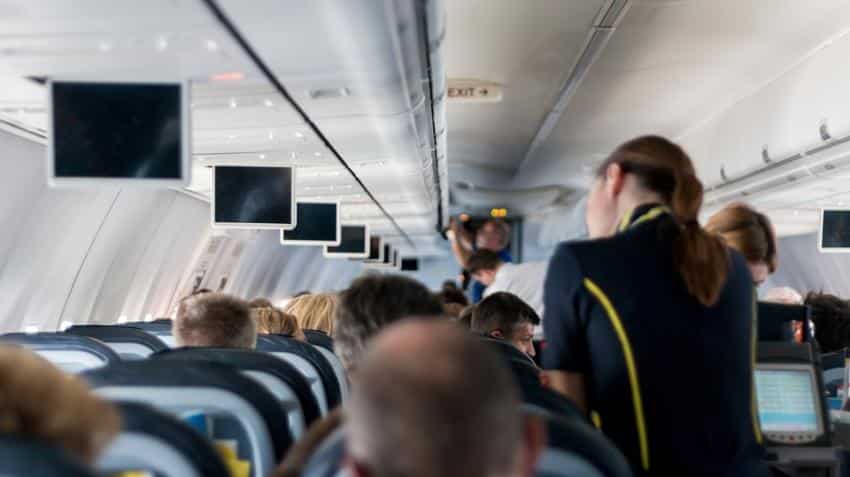 Air travel by domestic carriers registered a growth of over 17% in comparison to the year ago period, Directorate General of Civil Aviation said on Tuesday. With the tourist season kicking off in India, passenger load factor also registered an increase during last month.

“Passengers carried by domestic airlines during Jan-Nov 2017 were 1059.34 lakhs as against 903.36 lakhs during the corresponding period of previous year thereby registering a growth of 17.27 %,” the report said.

Passenger load factor by airlines was the highest for Spicejet which stood at 95.3% for the month. “The passenger load factor in the month of November 2017 has shown increasing trend compared to previous month primarily due to the ongoing tourist season,” the report added.

Passenger load factor measures the capacity utilisation of public transport services like airlines. It is generally used to assess how efficiently a transport provider fills seats and generates fare revenue.

IndiGo and GoAir ranked second and third in terms of load factor or PLF in November, as per DGCA data. Both airlines had PLF of 90.7% and 90% PLF during the month. 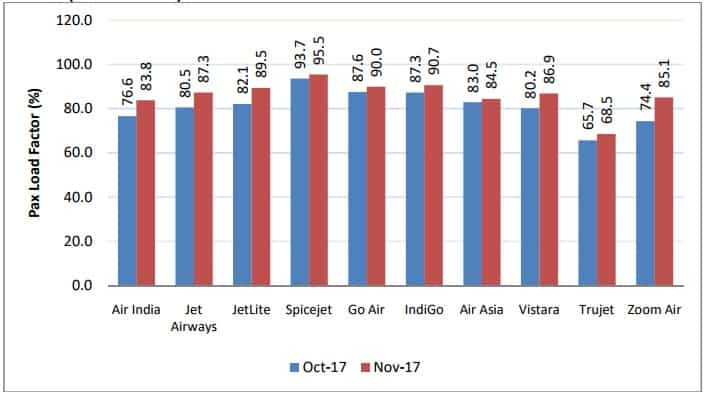 A slowdown in air travel marked by lowering prices of flight tickets during the Diwali period was noted in an earlier report by Zeebiz. Now air travel has picked up again.

Even the passengers carried by all airlines recorded an increase with the exception of Spicejet which carried 13.20 lakh as compared to 13.64 lakh in October.

India’s aviation major, IndiGo once again had the highest market share during the month at 39.4%. Next to follow were Jet Airways at 15.2% and Air India at 13.6%.

As for On-Time Performance of the airlines, Spicejet took the lead at 81.9% followed by IndiGo at 80.4%.