As Larsen & Toubro targets Mindtree, should you buy into the tech firm? Find out

Three routes are being followed by Larsen & Toubro to take over Mindtree - first by acquiring CCD-founder VG Siddhartha's entire holding and pursue the other two with a stake purchase plan. 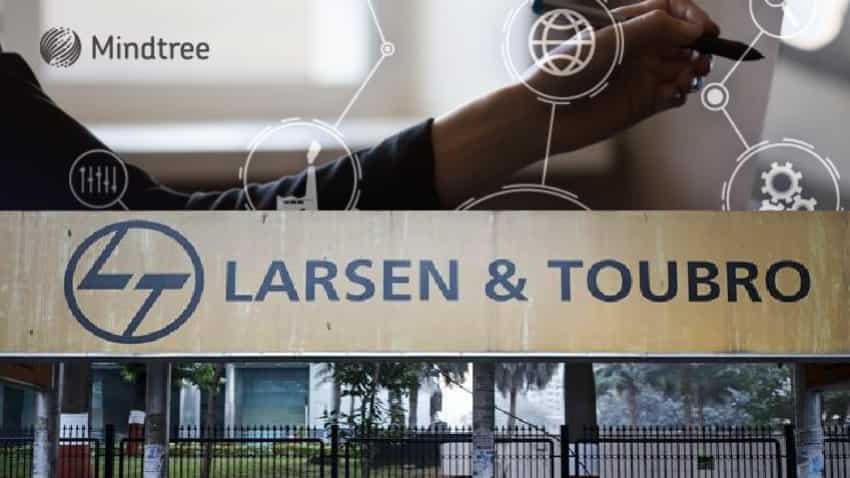 Takeover attempt of Mindtree by Larsen & Toubro has become intense now with both sides facing off on the issue. The management is dead-set against this hostile takeover and their attempts to retain control have become more aggressive even as L&T honchos are talking about love, but not really saying they are abjuring the combative approach or backing down in any way. Three routes are being followed by Larsen & Toubro to take over Mindtree - first by acquiring CCD-founder VG Siddhartha's entire holding and pursue the other two with a stake purchase plan. Three routes are being followed by L&T to take over Mindtree - first by acquiring CCD-founder VG Siddhartha’s entire stake and other two routes with stake purchase. However, Mindtree and its management are not at all happy with L&T’s offer and have shown immense resistance to giving up control. Back in L&T, the company has been preparing to bear a cost of overall Rs 10,733 crore to acquire majority stake in Mindtree. Indications are that, in case Mindtree takeover happens, L&T may merge it with L&T Infotech. However, this idea has been shrugged off by L&T. L&T in fact has stated that, Mindtree will remain listed and it does not desire to merge it with L&T Infotech.

But the real question in regards to Mindtree in many experts mind is about how independent will the tech company be if it is taken over by L&T? On the markets on Wednesday, investors were not too worried either way as both Mindtree and L&T shares recovered their previous losses, although, the latter saw more positive sentiment. The share price of Mindtree finished at Rs 950 per piece up by 0.74%, whereas L&T share price closed at Rs 1,372.85 per piece up by 1.19% on Sensex.

Here’s what experts fear for Mindtree.

Harit Shah, Research Analysts at Reliance Securities said, “L&T has said Mindtree will remain an independent listed entity and the infrastructure major will extend support to the company in its business. Mindtree will benefit from access to larger client base and wider product offerings under a common parentage. The transaction is subject to all regulatory approvals. However, more than this, the question that begs answering is - Will Mindtree management retain its independence with a new promoter? It is a moot point and one that could drive near-term financial and stock performance.”

Shah adds, “The main attractions for L&T’s interest in Mindtree are high digital revenue (~50%), new vertical focus including Travel & Hospitality and greater presence in Hi-Tech & Media compared with L&T Infotech (LTI). Apart from this, there is limited client overlap between the 2 companies. L&T has said it will focus on cost synergies, which will aid Mindtree’s profit margins and in turn drive RoE accretion for the diversified infrastructure major.”

On the other hand, Aniket Pande and Rajat Gandhi analysts at Prabhudas Lilladher said, “Mindtree has always maintained low attrition which reflects its strong people’s practices. LTI is strong in banking, insurance, manufacturing and energy. Only overlap can happen in the P&C segment of insurance. The geographic exposure of both the companies mirrors to each other. However, a merger of Mindtree-LTI is likely to be more complicated in terms of leaderships transitions & synergies.”

“We believe it is critical that Mindtree’s promoters and management stay with the company. Both parties must sit across the table and come to an amicable solution with a view to ensuring the best path forward for both companies (L&T and Mindtree) and ensuring that minority shareholders’ interests in both entities are not compromised,” said Shah.

To make the deal work, Shah says,  “L&T did allude to the fact that it did not get enough time for due diligence, and that it will have to work with Mindtree’s management.”

Should you buy the stocks?

On Mindtree, the duo at Prabhudas Lilladher said, “We are downgrading Mindtree (MTCL) to Hold from Buy on hostile acquisition of MTCL by L&T. We believe such scenario can result in 1) Spike in attrition 2) slowdown in business momentum due to discord between L&T and Mindtree’s current management 3) likely de-rating due to uncertainty during hostile takeover. We estimate USD revenue growth & EPS CAGR of 10.7% & 12.5% respectively from FY19E- FY21E. The deal values Mindtree at 16.6x FY21E (Rs. 980/share) which leaves little scope for near term re-rating given uncertainty on Mgt change and business momentum.”

Thereby, the duo have valued Mindtree at 15x Mar-21E earnings and arrive at target price of Rs. 887.

Meantime, Shah says, “Given critical importance of senior management in a services industry like IT, we would rather wait to observe further developments in this regard. We put the stock ‘Under Review’ (BUY with Rs 1,050 TP earlier) till we see clarity on this issue.”