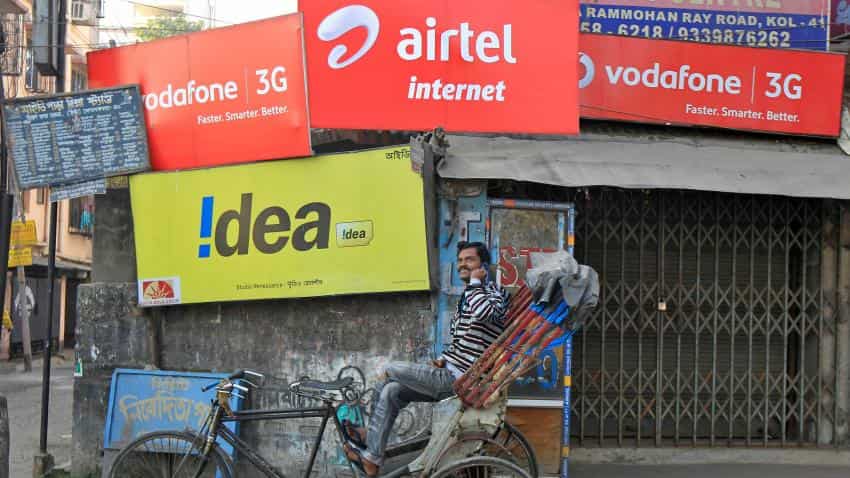 However attractive the tariff plans might look, when recharging with post-paid or prepaid plans, be sure to ask the fair usage policy (FUP) mentioned for that plan. Image Source: Reuters
RELATED NEWS

However attractive the tariff plans might look, when recharging with post-paid or prepaid plans, be sure to ask the fair usage policy (FUP) mentioned for that plan.

Vodafone, Airtel, Idea and BSNL introduced calling schemes and data packs that were similar to Reliance Jio’s, the deadlines for some were surpassed like Vodafone’s Rs 346 which had the last date of enrolment on March 15.

However Vodafone's FUP show that the ‘unlimited’ calling was actually capped at 300 minute usage per day.

It said, " All consumer plans are meant only for the use of retail customers and are not meant for commercial/ non-retail use. Commercial/ non-retail usage is defined as calls to more than 300 unique numbers (mobile and/or landline and STD and/or ISD calls) in a week; AND (b) cumulative duration of Incoming calls < 15 minutes during any period of seven (7) consecutive days."

Idea’s Rs 348 plan offered unlimited local and STD calls along with 50 MB of 2G/3G/4G data wherein 4G handset users will get additional 974 2G/3G/4G data, the company said with an asterisk over ‘unlimited.’

Further the company added, “For any customer found violating any of these conditions, tariff @ Rs 0.30/min will be applicable.”

Even on Airtel’s Rs 347 plan for prepaid customers offered 'unlimited' local and STD calls along with unlimited data for 4G handsets upto 1 GB per day and 50 MB for others for 28 days.

However the company said that the ‘unlimited calls’ part of the plan was ‘subject to fair usage policy.’

Post conclusion of the 'unlimited' calling scheme customers would be charged at 30 paise per miniute.

While subscribing to telecom company's 'unlimited' plans other plans of paise per second and such will not be applicable so customers would have to pay the penalty charges of exceeding the free minutes, sources said.

To prevent further bleeding of revenues that was seen during the third quarter of telecom operators launched ‘unlimited’ free calling and data packs at the start of this year following Reliance Jio.

The incumbent operators in the third quarter of FY 17 reported weaker profits or net losses with Airtel’s profit falling 55% YoY while Idea reported net loss of Rs 385.5 crore as Jio mesmerised its subscribers with freebies.

Reliance Jio had garnered 50 million users by the end of November and in February officially announced that it had 100 million on its network.

The company will start charging its customers from April 1 and has targeted 100 million paid customers on its network.