A US government official named TCS, Infosys and Cognizant for violating H-1B visa norms in the US. 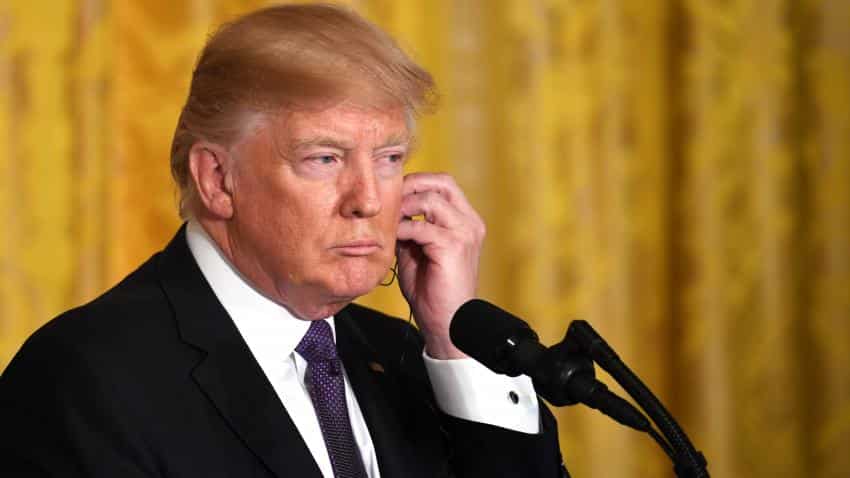 Indian IT companies such as Infosys and Tata Consultancy Services (TCS) on Monday saw their stocks take a hit during the opening of the stock markets. Infosys shares were down 0.67% at 917.50 per piece and TCS was trading down 0.28% at Rs 2,304.70 per piece on BSE. While TCS stocks have recovered a bit on BSE, Infosys still is in the red.

The stocks opened in the red as Infosys, TCS and Congnizant have been accused by a US government official that the companies have violated the H-1B visa rules. At a White House briefing last week, an official in the Trump administration said a small number of giant outsourcing firms flood the system with applications which naturally ups their chances of success in the lottery draw, according to a PTI report.

This comes as bad news to the Indian IT companies as the US government has been looking to impose restrictions on the H-1B visa that was used by these firms to send talent from India overseas. While Indian

IT companies saw hope last week as US President Donald Trump review of the H-1B visa programme after signing the executive order. This news of these Indian IT companies misusing the H-1B lottery system could be bad news for the IT industry.

While earlier the Indian IT companies were looked at using the visa system to send the most skilled employees from India to the US as there was very less availability of skilled labor in that country. Now it seems that these IT companies have misused the system and thereby got themselves into the entire mess.

Not only did they flood the system with applications which increased their chances of success in the lottery draw, but also paid H-1B visa employees less than half the wage expected in the US.

The US official said that the three companies are companies that have an average wage for H-1B visas between $60,000 and $65,000 a year and by contrast, the median Silicon Valley software engineer's wage is around $150,000. He said contracting firms that are not skills employers, who oftentimes use workers for entry-level positions, capture the lion's share of H-1B visas.

H-1B visas presently were awarded through random lottery with about 80% of H-1B workers being paid less than the median wage in their fields, said the official. Only about 5-6%, depending on the year, of H-1B visa holders have the highest wage tier recognised by the Department of Labour, he added.

This statements by the US government official does not bode well for Indian IT firms and gives more impetus to the Trump administration to tighten the screws on skilled labor working in the US.

The current system that the US government is putting in place will replace the system which awards visas randomly without regard for skill or wage, to now a skill-based awarding. It would make it extremely difficult to use the visa to replace or undercut US workers. While this maybe so, even skilled IT individuals from India may find it very difficult to get a job in the IT sector in the US due to these stringent restrictions.

Indian IT companies have only themselves to blame for these stringent restrictions on the H-1B visas. Ultimately it will be the employees of these companies working in the US which may have to pay the biggest price.