The lawyers of FMCG giant HUL recently argued in court that Amul's ads were guilty of disparaging frozen dessert. 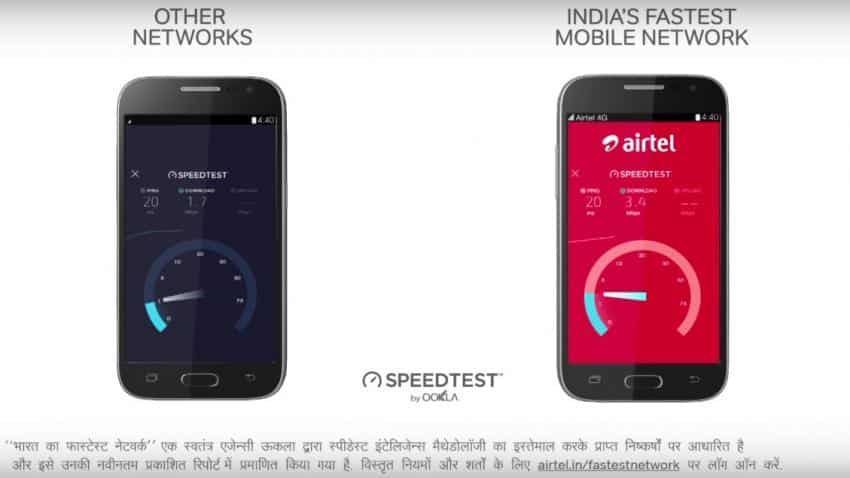 Recently advertisements have been the point of battle for brands such Amul, Hindustan Unilever (HUL), Airtel and Reliance Jio. While HUL has taken its battle with Amul to the Bombay High Court, Reliance Jio has registered a complaint with the Advertising Standards Council of India (ASCI) against an ad of Airtel.

The Amul ad called 'Amul is Real Milk, Real Ice Cream' shows that since the product is made using milk it is a real ice-cream and not frozen desert made using “vanaspathi ghee”, taking a dig at most of HUL's Kwality Wall's frozen deserts.

The Airtel ad, on the other hand, took a dig at competitor Reliance Jio by claiming that it is the fastest network by quoting a third party speed test company Ookla's results.

The lawyers of FMCG giant HUL recently argued in court that Amul's ads were guilty of disparaging frozen dessert. While Reliance Jio was vindicated as ASCI on March 31 as the self-regulatory body asked Airtel to withdraw or modify their fastest network ad.

Upholding the complaint filed by rival Reliance Jio Infocom, the Advertising Standards Council of India (ASCI) said that TVC was "misleading" and "contravened Chapters" of its Code as well as guidelines on disclaimers clauses. "We have advised the advertiser to modify appropriately or to withdraw the said TVC and the website advertisement by April 11, 2017," ASCI said in its order.

A bit earlier Baba Ramdev-led brand Patanjali Ayurveda had been engaged in an bitter ad war with competitor Dabur over its honey ad. It has also taken on many other large FMCG brands through its ads.

It is not an unusual sight for brands to bad mouth competitors in their ads. We have seen countless times in the past brands waging a war with competitors through their advertisements. For instance, in 2013 Reckitt Benckiser launched Dettol Kitchen cleaning products and created a TV ad which compared the cleaning product to HUL's Vim. HUL took it to Calcutta High Court for a stay order, saying that the ads were not true. But HUL was denied the order. However, HUL hit back with an ad on the front page of leading dailies claiming that Lifebuoy works better than Dettol antiseptic liquid.

Hyundai and Maruti Suzuki also saw their rivalry come alive through their ads as Hyundai came out with a marketing campaign in 2012 called 'Trendsetter vs Follower' which claimed that its EON was much superior than Alto 800 of Maruti Suzuki.

Publications such as The Times of India (TOI) and The Hindu too had a bitter ad war as TOI in 2012 launched 'the Wake Up!' campaign which showed readers in South India being put to sleep by newspaper filled with 'boring' news. The Hindu hit back with the 'Stay Ahead of the Times' ad that showed people ignorant about 'serious' news and was only updated with 'Bollywood' gossip reading TOI which was beeped out.

However, while many ads earlier directly showed their rival product or beeped the name, it seems that brands today have become much smarter in the game of ad wars. Take for instance, the recent controversial ads of Airtel and Amul. Both these ads neither mention, beeps the name or show the rival products directly.

Both of the brands base their ads on proof to back their claim. For instance, Airtel used the Ookla certification to create the ad. While ASCI had disregarded Airtel's claim as it had only submitted Ookla certificate, it did not give the methodology.

Similarly, Amul is right in calling it real itself a real 'ice-cream' as by definition ice-cream is “a soft, sweet frozen food made with milk and cream” and not a frozen deserts which are made with vegetable oil.

While not using the competitor product or mentioning the brand name is just common sense, the second way of basing it on proof or fact is a much smarter way for brands to wage ad wars. So while brands get smarter at advertising wars does it make the job of organisations such as ASCI or the High Courts harder?

Shweta Purandare, Secretary General of ASCI says, “Not really. ASCI is a 30 year old organisation and the people working in it are people involved in the business of advertising”. She further says that according to the ASCI Code Chapter 4 brands can make claims against competitors. However, there has to be fairness in the claim against competition, it has to be factually correct and the brand has to able to substantiate its claim. Most importantly she says, “They should not denigrate other brands.”

Purandare says that they take tough decisions as they have sector specific exports who analyze these ads. They check the data from both parties thoroughly and look at what kind of testing agencies are used, research methodology, whether scientific methods are used, where it is published, among others.