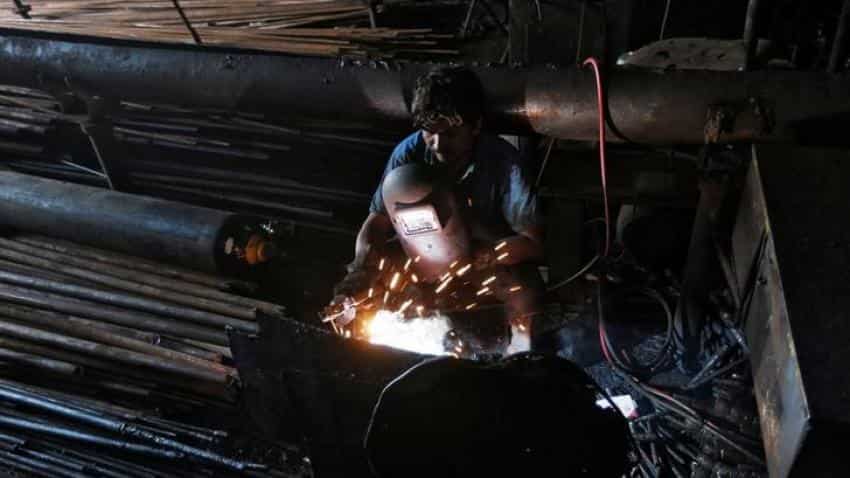 The number of cases and debt levels have fallen since June of last year, in percentage terms but share of iron and steel sector continues to creep up. Image Source: Reuters

Since its inception, the Corporate Debt Restructuring (CDR) Cell in India has received 655 cases with an aggregate debt of Rs 4,74,002 crore. Of these, only 208 cases are live within CDR Cell and only one with a debt of Rs 1,909 crore is currently under implementation.

The iron and steel sector remains an outlier.

Although, the number of cases and debt levels have fallen since June of last year, in percentage terms, share of iron and steel sector continues to creep up.

A LiveMint report stated that CDR cell’s failure rate was higher than last year at 43% compared to 36%. This means that the situation has only gotten worse. Only 94 cases with total debt of Rs 68,894 crore successfully exited the CDR cell.

The aggregate debt of 48 cases in the iron and steel sector was the highest across sectors at Rs 52,190 crore or 22.03%. It has been among the top rankings for high aggregate debt percentage share since 2011, as per the data published by CDR cell. 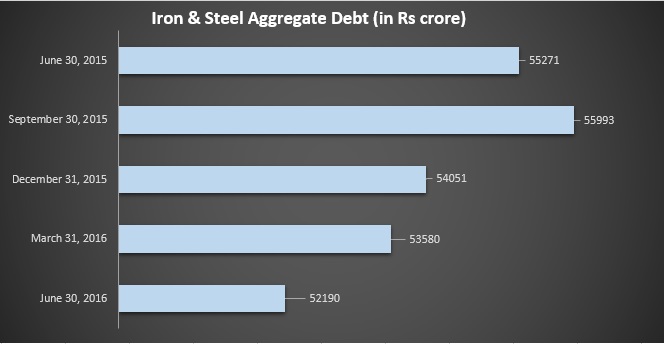 The sector’s debt has, however, assumed a falling trend on a quarter-on-quarter (QoQ) basis. While the sector's percentage share of debt was 21.24% in March, its aggregate debt was lower than the amount reported up to June.

Iron and steel witnessed debt of 20.17% in the corresponding period of the previous year, as reported by CDR. But if you look at absolute numbers the year-on-year trend has also fallen.

However, the level of stressed assets in the system is also on the rise. LiveMint quoted S S Mundra, deputy governor of Reserve Bank of India, who stated that the level of stress loans had increased to 12% of total loans at the end of June as compared to 11.4% three months earlier.

Analysts at Religare, Parag Jariwala and Vikesh Mehta, in a report date September 9, speaking on the matter of asset reconstruction, said that the haircuts on troubled iron and steel accounts should be 40-50%.

The analysts reiterated their statement that pointed out, ‘One needs to sell an asset when it is sick, not dead.’

India Brand Equity Foundation reported that with growth in demand for steel outpacing growth in domestic production over the last few years, imports have increased.