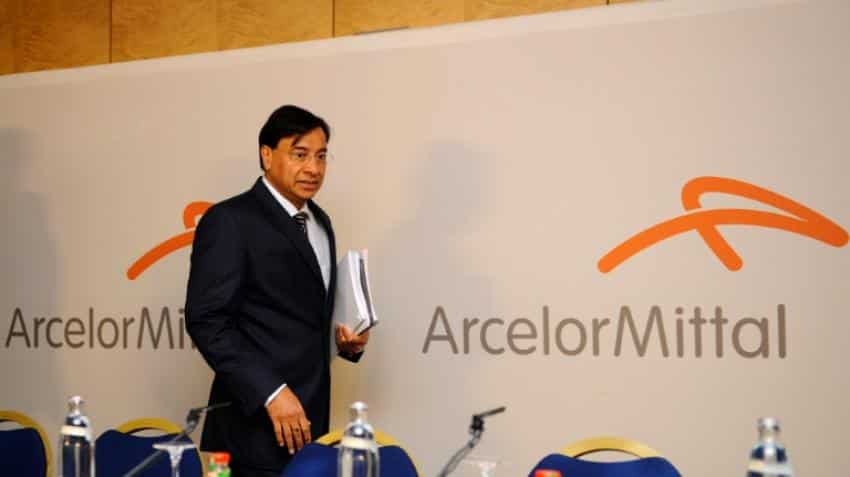 "Our third quarter (Q3) results reflect the progress the company is making to improve the underlying performance of the business, as well as improved market conditions since the start of the year," CEO Lakshmi Mittal said in a statement. Image Source: AFP

Global steel giant ArcelorMittal said on Tuesday it has earned a net profit of $700 million (633 million euros or nearly Rs 4,656.93 crore) last quarter, but warned low prices in the United States (US) and rising input costs would squeeze future earnings.

Despite intense competition from Chinese competitors, a modest recovery of prices had helped the company bounce strongly back into profitability in the second quarter (Q2) with $1.1 billion (nearly Rs 7,318.03 crore) in net earnings.

"Our third quarter (Q3) results reflect the progress the company is making to improve the underlying performance of the business, as well as improved market conditions since the start of the year," chief executive Lakshmi Mittal said in a statement.

Over a year, operating profits as measured by earnings before interest, tax, depreciation and amortisation charges climbed by just over 40%.

But the company expects weaker profits to come.

"Looking ahead, while real demand remains stable, we will be impacted by the unexpected significant increase in the price of coal," said Mittal.

"While expectations are for steel prices to align with the increased costs, in the interim the higher coal price will impact steel spreads and fourth quarter (Q4) performance," he added.

ArcelorMittal forecast at the start of the year an annual operating profit of more than $4.5 billion (nearly Rs 29,937.4 crore), but said they no longer plan to use this unofficial indicator.

Over the first three quarters of the year it already generated an operating profit of $4.6 billion (nearly Rs 30,602.7 crore), an increase of 11.3% from last year.

The company's shares slumped 5% in opening trading on the Paris stock exchange as the operating profit came in below expectations.