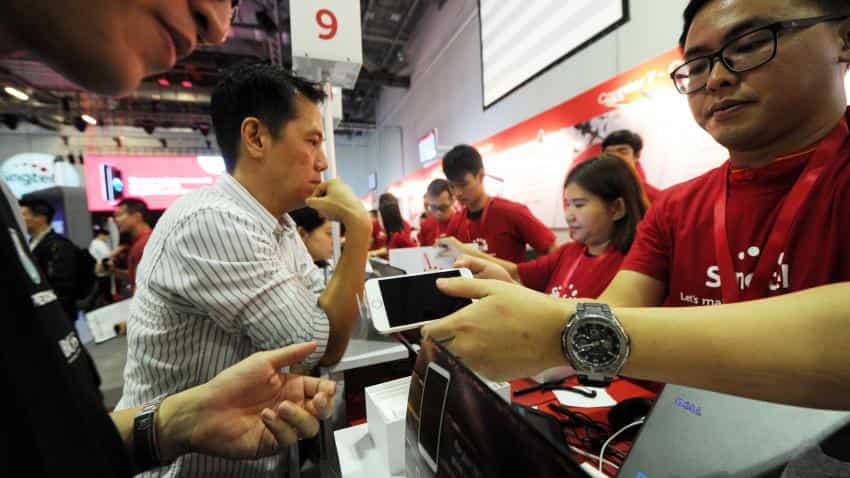 Apple iPhone sales were the only ones to decrease in the first quarter of this financial year (Q1 FY18) as compared to the year ago period. All other brands showed an increase in smartphone sales, a report by Gartner said on Tuesday.

Samsung once again topped the charts as its smartphone sales grew 7.5% year on year. The total smartphones sold by the company were nearly double that of Apple iPhone units sold in the same period, the report said.

Samsung sold over 8.2 crore in the April to June period. This the report said was the first growth in sales post quarterly declines owing to the Galaxy Note 7 disaster.

“Samsung's smartphone sales grew 7.5 percent, year over year, after three consecutive quarterly declines. The company had been hit hard by problems with the Galaxy Note 7, but the Galaxy S8 and S8+ are bringing back high demand for Samsung smartphones.

"Despite growing competition from Chinese brands such as Huawei, Oppo and Vivo, we expect Samsung to register growth in 2017,” said Anshul Gupta, research director at Gartner.

Apple on the other hand sold just over 4.4 crore in Q1 FY18. In the year ago period the company had sold a few more phones amounting to 44,395, the report said.

Apple lost market share in comparison to last year which was now at 12.1%, the report said. Market share of the company in Q1 FY17 was 12.9%.

“Despite clearing the distribution channel of iPhone inventory amounting to 3.3 million (33 lakh) units during the second quarter, Apple's sales were flat (down 0.2 percent), year over year,” the report said.

"Apple's sales in emerging markets are expected to grow as older-generation iPhones continue to attract buyers. The new iOS 11, which will include augmented reality, machine learning, an improved Siri and a new display design, will likely fuel strong iPhone sales in the fourth quarter of 2017, and help Apple increase its sales in 2017," added Gupta.

Smartphone sales of these Chinese brands also increased as compared to the year ago period to 3.5 crore, 2.6 crore and 2.4 crore respectively.

Total number of smartphones sold globally amounted to 36.62 crore units in the April to June period this year. This the report said, was a s6.7% increase over the corresponding period in the previous year.

“Greater China and emerging Asia/Pacific markets drove sales of smartphones in the second quarter of 2017, with market shares of (27.7 percent) and (21.4 percent), respectively,” said Gupta.