The European Commission accused Ireland in 2014 of dodging international tax rules by letting Apple shelter profits worth tens of billions of dollars from tax collectors in return for maintaining jobs. 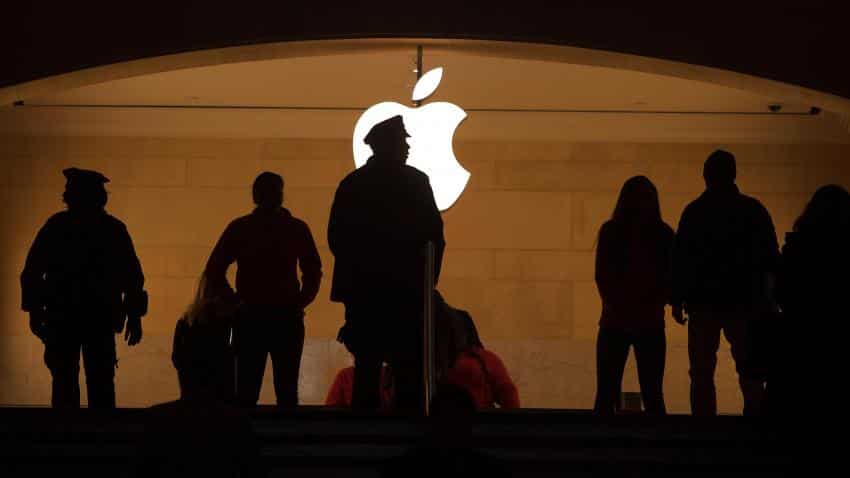 A police officer is silhouetted against the Apple logo in Grand Central Terminal in the Manhattan borough of New York. Photo: Reuters/Carlo Allegri

The European Commission (EC) will rule against Ireland's tax dealings with Apple on Tuesday, two sources familiar with the decision told Reuters, one of whom said Dublin would be told to recoup over 1 billion euros in back taxes.

The European Commission accused Ireland in 2014 of dodging international tax rules by letting Apple shelter profits worth tens of billions of dollars from tax collectors in return for maintaining jobs. Apple and Ireland rejected the accusation; both have said they will appeal any adverse ruling.

The source said the Commission will recommend a figure in back taxes that it expects to be collected, but it will be up to Irish authorities to calculate exactly what is owed.

A bill in excess of 1 billion euros ($1.12 billion) would be far more than the 30 million euros each the European Commission previously ordered Dutch authorities to recover from US coffee chain Starbucks and Luxembourg from Fiat Chrysler for their tax deals.

Both companies and countries have appealed those decisions.

When it opened the Apple investigation in 2014, the Commission told the Irish government that tax rulings it agreed in 1991 and 2007 with the iPhone maker amounted to state aid and might have broken EU laws.

The Commission said the rulings were "reverse engineered" to ensure that Apple had a minimal Irish bill and that minutes of meetings between Apple representatives and Irish tax officials showed the company's tax treatment had been "motivated by employment considerations."

Apple employs 5,500 workers, or about a quarter of its European-based staff in the Irish city of Cork, where it is the largest private sector employer. It has said it paid Ireland`s 12.5 percent rate on all the income that it generates in the country.

Ireland's low corporate tax rate has been a cornerstone of economic policy for 20 years, drawing investors from major multinational companies whose staff account for almost one in 10 workers in Ireland.

Some opposition Irish lawmakers have urged Dublin to collect whatever tax the Commission orders it to. But the main opposition party Fianna Fail, whose support the minority administration relies on to pass laws, said it would support an appeal based on the reassurances it had been given by the government to date.

The US Treasury Department published a white paper last week that said the EU executive`s tax investigations departed from international taxation norms and would have an outsized impact on U.S. companies. The Commission said it treated all companies equally.

How Potterheads were reunited for release of ‘The Cursed Child’