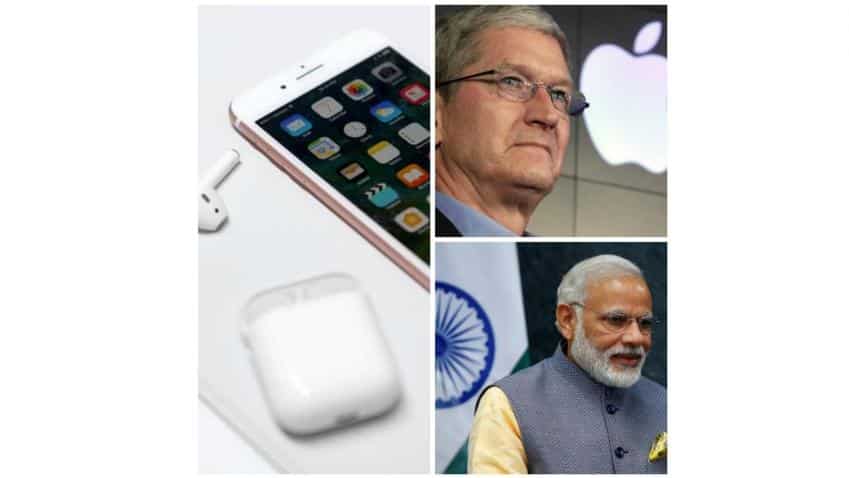 Apple’s CEO, Tim Cook unveiled the iPhone7 and iPhone7 Plus, the company’s latest creations on Wednesday in San Francisco.

With iOS 10 operating system, a longer battery life, a 12 megapixel camera and wireless ‘AirPods,’ the iPhone is priced at $649 in the US.

The new wireless earphones will be sold separately from the phone at a starting price of $159 in the US.

However even if India is not in the first 25 countries’ list to get its hands on the new iPhone which will be officially released on September 25, it will be made available in the country less than two weeks after that at a starting price of Rs 60,000.

“iPhone 7 and iPhone 7 Plus will also be available to customers in India beginning Friday, October 7,” the company said in a statement.

This is path breaking for Apple iPhone sales in India as the previously launched iPhone 6 and iPhone 6 Plus was launched on October 17, 2014 while the world started selling them on September 19.

And the 16th generation of the iPhone, iPhone 5, was released on September 21, 2012 however India only saw its release on November 2 that year.

Cook visited India in May and taking cue from Prime Minister Narendra Modi’s ‘Make in India,’ he announced setting up Apple’s first iOS App Design and Development Centre in Bengaluru along with inaugurating a new office in Hyderabad that would focus on the development of Maps for products like iPhone, iPad, Mac and Apple Watch.

In a recent investor call, Tim Cook said, “India is now one of our fastest growing markets. In the first three quarters of this fiscal year, our iPhone sales in India were up 51% year-on-year."

Well, his message will be received loud and clear to Apple iPhone lovers in India who now know their importance to the company’s sales growth.

Apple Car launch delayed till 2026: Titan EV to likely cost this much

After iPhones, Apple now plans to shift iPad production from China to India