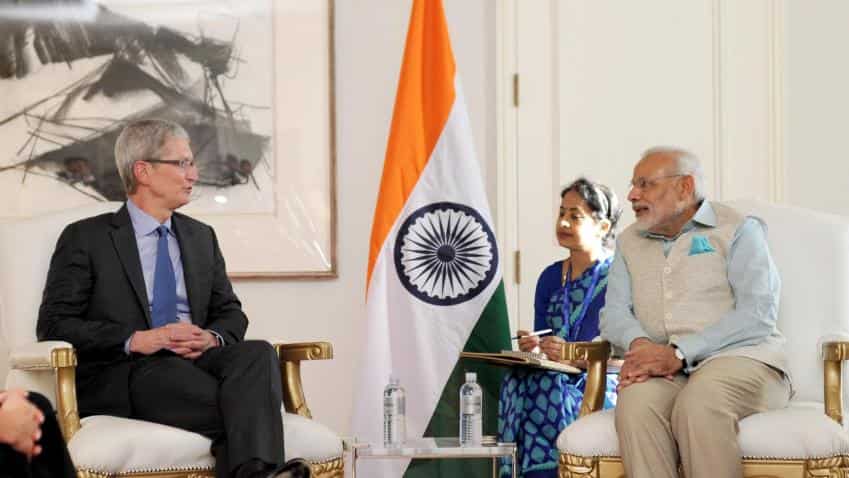 Govt may waive off 30% sourcing norm for Apple; will the iPhone get cheaper?

When Samsung got an 'Edge' over Apple's iPhone

Apple sees a "huge market potential" for its products in India and the technology giant is "really putting energy" in the country which will begin rolling out high-speed wireless networks this year, CEO Tim Cook said.

He said in emerging markets like India, LTE (wireless) penetration is currently "zero" but as LTE begins to roll out this year in the country, the dynamics will change.

"And so that's changing. Huge market potential," he said in response to a question about the Indian market for Apple.

Cook said the company has got "great innovation" in the pipeline and new iPhones that will attract people in markets like India.

Cook said in countries like India, Apple penetration has been less since there is no LTE networks.

"What I see is that countries like India, no LTE, so 0% penetration. They are selling smartphones, and we sell iPhone there. But arguably you can't get the full value from it," he said adding that retailers in markets like India are not "huge national kind of retailers.

"And the carriers don't sell phones in India. So there's a lot of work to do," he said.

While sales for Apple in China, its second-largest market after the United States, fell 11% in the latest quarter, in India iPhone sales were up 56 per cent from a year ago.

Noting the growth registered by Apple in India, Cook said "this is pretty big".

He said Apple is "now...Really putting energy in India" as well as in other markets across the world "where I think that people sitting here in this country look at it through just a lens of what's happening in the United States. And but there are a lot of people in the world who don?t have the pleasure of owning an iPhone yet."

In a conference call following the results, Cook had said network infrastructure and retail remain among Apple?s main challenges in India, with the market there today being where China was seven to ten years ago.

Cook had said while India is the third-largest smartphone market in the world, it is dominated by "low-end" smartphones primarily because of the network and the economics due to which "the market potential has not been as great there".

Govt may waive off 30% sourcing norm for Apple; will the iPhone get cheaper?

When Samsung got an 'Edge' over Apple's iPhone