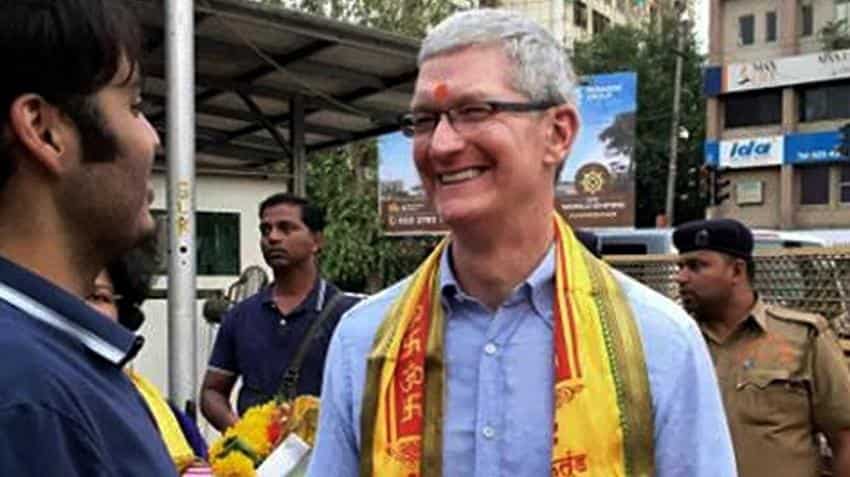 Anant Ambani was one of the first people to meet Tim Cook on Wednesday. Photo: IANS
Written By: PTI
RELATED NEWS

Cook, whose every meeting is being closely watched here for cues about Apple's business plans in India, walked into the ICICI Bank Towers in the Bandra Kurla Complex business district here and spent over an hour there, sources said.

He met the bank's managing director and CEO Chanda Kochhar and executive directors at a closed-door meeting, they said but refused to divulge what was discussed.

ICICI Bank was among the first to introduce a banking application on the Apple Watch, even before the gadget got launched in the country.

Over the past few years, it has also introduced a slew of other initiatives on the digital front, including a digital wallet, just like the 'Apple Pay' by the tech giant.

Cook's meetings during the four-day maiden visit to India are mostly with top leaders of Indian business houses that offer some opportunity for Apple's businesses.

The visit to ICICI Bank comes at a time when there is a huge speculation over how digital and telecom solutions are slated to dominate banking in the future, with experts saying that technology will change the face of a bank.