Apollo Hospitals share closes nearly 10% up: What should you do?

Apollo Hospitals with close to 10% upside, witnessed huge gains on Monday's trading session. The hospital chain company had reported its Q4 results on May 30 and had better than expected numbers last quarter. 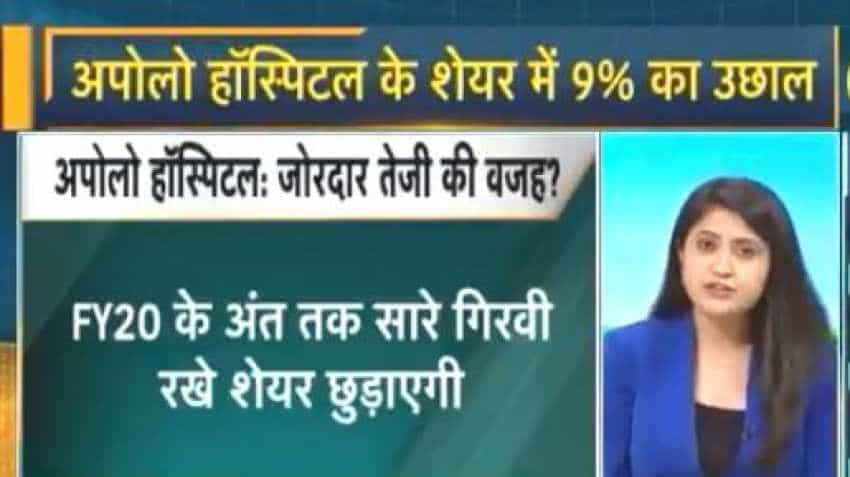 Apollo Hospitals with close to 10% upside, witnessed huge gains on Monday's trading session. The hospital chain company had reported its Q4 results on May 30 and had better than expected numbers last quarter. After Friday's closing on May 31, the company held a conference call to discuss various concerns related to business. The share closed at Rs 1,359.80, with 121 points up, gaining 9.77% in the session.

The company reported a rise in net profit by 29 percent to Rs 77 crore in the quarter ended March on standalone year-on-year (YoY) basis. As far as the corresponding year is concerned, the healthcare services provider reported Rs 60 crore net profit in previous year. Here are the key points, why Apollo Hospitals witnessed a rally, and is expected to do better in future according to a Zee Business TV report:

1. Reduction in debt: The management has planned to reduce the overall debts of the company to Rs 2,500 crore from Rs 3,200 crore in FY20.

Here are the brokerage calls on Apollo Hospitals Enterprise Limited

As per the Q4 financial reports, on the revenue front, company managed to raise its revenues by 16.3 percent to Rs 2,167 crore, compared to Rs 1,863 crore in the year ago period. While for the full year ended March 31, Apollo Hospitals net profit jumped 30 percent to Rs 302 crore, but on the other hand, revenues from operations increased 14 percent to Rs 8,336 crore.