Another blow to Jet Airways: Pilots ask for salary, threaten to stop flying from April 1

Earlier on Monday, Jet Founder and Chairman Naresh Goyal appealed to employees to remain patient and give the resolution process some time to complete. 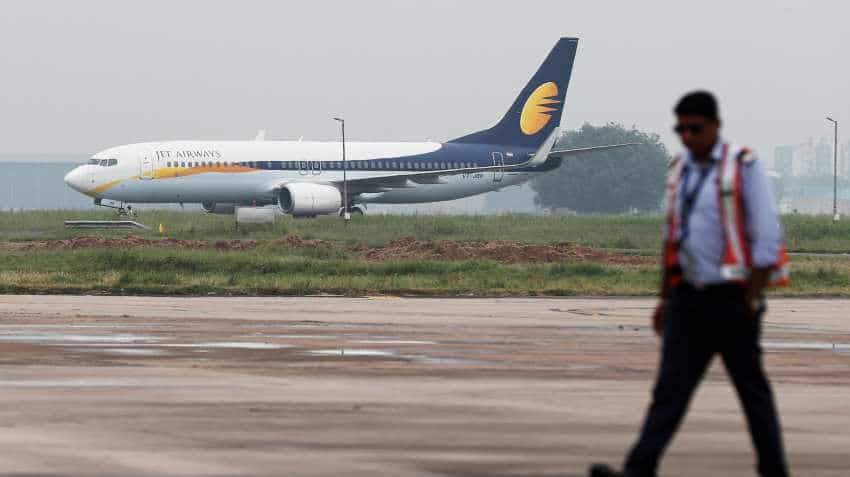 Crisis-hit Jet Airways' pilots have threatened to stop flying from April 1, if resolution process, salaries delay beyond March 31. The National Aviators Guild (NAG), which is pilots' national body, chart out their future course of action to deal with the present situation. Earlier on Monday, Jet Founder and Chairman Naresh Goyal appealed to employees to remain patient and give the resolution process some time to complete. Issuing an email to employees, he had said, "I am fully aware of the hardships each of you are undergoing owing to the stretched-out ongoing dialogue and deeply, most sincerely appreciate your patience, perseverance and your incredible dedication and loyalty."

The mail reportedly said, "I would like to specifically thank our Pilots, Engineers and management for bearing with us during this trying time with delayed salary payments." "Let me once more assure you that I am fully committed to ensure that your deferred salary dues are cleared on priority once all parties sign off on the Resolution Plan and I recommit to you my best and most strenuous efforts 24x7 towards this end."

Earlier in the day, aviation regular DGCA said that Jet Airways only has 41 aircraft in its fleet for operations and that there may be further attrition in the fleet size and flights ahead. This was disclosed after the meeting held between Directorate-General of Civil Aviation (DGCA) and Jet Airways` representatives, said an IANS report.

A DGCA statement said, "Current availability of aircraft in the fleet for operation is 41 and accordingly, a schedule for 603 domestic flights and 382 international flights has been drawn. However, it is a dynamic situation and there may be further attrition in coming weeks."

The DGCA, however, has instructed the airline to comply with the relevant provisions of the applicable CARs (civil aviation rules) for facilitation of passengers regarding timely communication, compensation, refunds and providing alternate flights, wherever applicable, the report said.

The airline has reportedly been directed to ensure that no pilots/cabin crew/aircraft maintenance engineers, who had reported stress of any nature, be rostered on duty, adding "...all such staff should be current with all mandatory training requirements."

The minister tweeted, "Directed Secretary, MoCA, to hold an emergency meeting on grounding of flights by Jet Airways, advance bookings, cancellation, refunds and safety issues, if any," adding "Asked him to get a report on Jet compliance issues immediately from DGCA."

On February 14, Jet Airways board had approved a resolution plan, as per which the lenders, led by the State Bank of India (SBI), would become the largest shareholders in the airline by converting the airline`s debt into equity at a nominal price of Re 1.