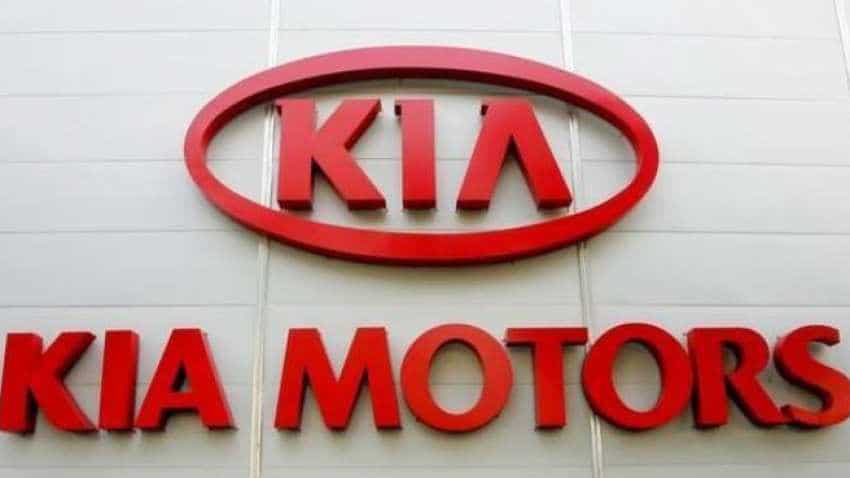 The South Korean automobile giant will collaborate with the Andhra Pradesh government for developing an ecosystem for electric vehicles. Reuters

In a major boost to employment, Kia Motors' plant is expected to generate around 11,000 jobs which will include 4,000 permanent employees and 7,000 temporary employees as the car-maker has commenced the trial production in a record time of one year from the greenfield plant in Anantapur district of Andhra Pradesh. Kia Motors' greenfield car manufacturing plant will have an investment of over Rs 12,900 crore. This is one of the largest foreign direct investment, along with Auto Ancillaries of South Korea.

The plant will have an initial installed capacity of 3 lakh vehicles per annum which may be further increased to 4 lakh vehicles. Nearly 90 per cent of production will be for domestic sales and 10 per cent for exports, reported ANI.

Andhra Pradesh Chief Minister N Chandrababu Naidu will launch the trial run of the first car in India on Tuesday along with Kia's Managing Director Shim in the presence of South Korea Ambassador to India Shin Bongkil.

The South Korean automobile giant will collaborate with the Andhra Pradesh government for developing an ecosystem for electric vehicles.

Andhra Pradesh is one of the first few states to pro-actively bring out a very dedicated automobile and auto components policy in 2015 through backward areas ultra mega integrated automobile projects policy. It is one among the first to bring a dedicated policy for promoting manufacturing and adoption of electric vehicles.

According to the report, the state has a presence of more than 100 auto component manufacturers. It has attracted committed investments of Rs 40,724 crore over the past four-and-a-half years in the automobiles sector. With the presence of Kia Motors and its ancillaries, the entire region from Anantapur towards Bengaluru has the potential to emerge as a strong economic hub.