Anand Mahindra gifted Kidambi Srikanth a TUV300 after winning the Australia Open and getting just Rs 5 lakh prize from the Badminton Association of India. 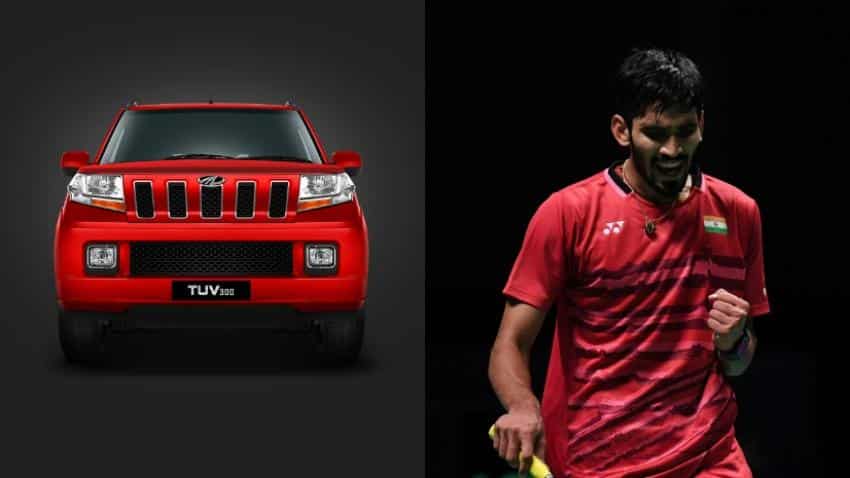 Anand Mahindra, Chairman of Mahindra Group gifted badminton player Kidambi Srikanth a Mahindra TUV300 after he won the Australia Open Super Series 2017. Mahindra gifted the badminton player the SUV to Srikanth after a Twitter user's plea who was disappointed with the amount the Badminton Association of India (BAI) had awarded him for his victory.

Despite Srikanth's win made him the World No.1 spot in Badminton Rankings, BAI awarded him only Rs 5 lakh as a prize for the feat.

The twitter user said that this prize was nothing in comparison to what cricketers get and requested Mahindra to do something.

Mahindra, who has been closely following Srikanth throughout the tournament and has been tweeting about him on every win of his, replied saying, “His fighting spirit made us proud. A Steamroller deserves a battle tank. I'll personally gift Kidambi Srikanth a Mahindra TUV300.”

While other another twitter user tired his luck by asking him how many retweets for a free Mahindra XUV. To this, Mahindra relied saying, “Don't push your luck buddy.”

Srikant has had a good season so far and has won one-third of the super series tournaments held in 2017.