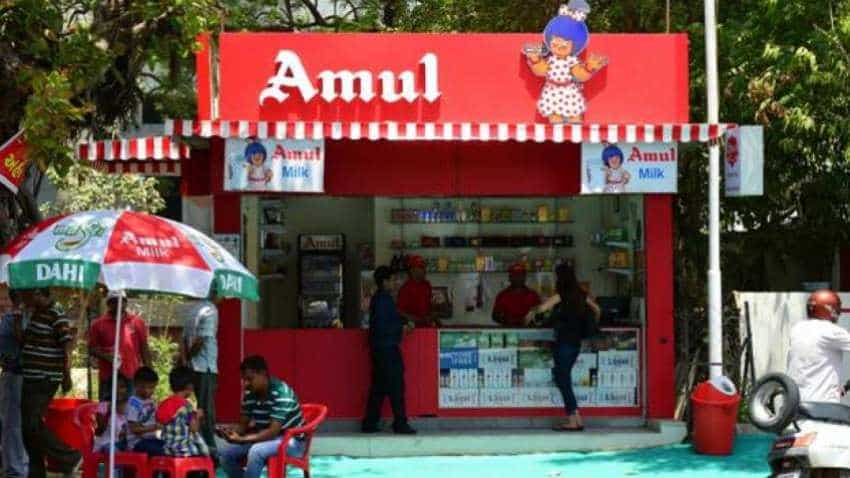 Dudhsagar Dairy is one of the 18 member-unions of federation, the apex body to market milk and milk products produced by these district unions. Photo: Amul Website
Written By: PTI
RELATED NEWS

The Dudhsagar Dairy is one of the 18 member-unions of the federation, the apex body to market milk and milk products produced by these district unions. Reacting to the development, federation managing director RS Sodhi claimed that the resolution passed by Mehsana milk union is impractical and illogical.

"This is a vague resolution having so many ifs and buts. This is also practically illogical," he said.

If the Mehsana union parts ways with the parent after becoming a multi-state cooperative, they won't be able to sell their products under Amul brand, as they will have to float a new brand and compete with all the existing Amul and other dairy brands, Sodhi told reporters.

"At present, the federation sells around 30 lakh liters of milk in the Delhi-NCR market every day alone where it's the No 1 brand among 50 others. This includes around 9 lakh liters of the Mehsana union that runs two plants in nearby Haryana.

Now, if they go solo, they would be able to sell not more than 20,000 liters per day, which is nowhere near to what the parent federation is lifting from them currently,"he said. He further said the resolution appears more like a threat rather than a concrete plan to actually severe ties with the parent.

Earlier in the day, Dudhsagar dairy vice-president Moghji Patel claimed that the federation is doing injustice to the dairy by not lifting their milk.

"Around five-seven years ago, the federation used to lift 16 lakh liters of the Mehsana union for Delhi alone but has halved to just 8 lakh liters now. We are incurring huge losses now," he said.