Amul brand of milk and dairy products, has clocked a turnover of Rs 27,043 crore in fiscal 2017, an in crease of 17.5 per cent over the previous year. 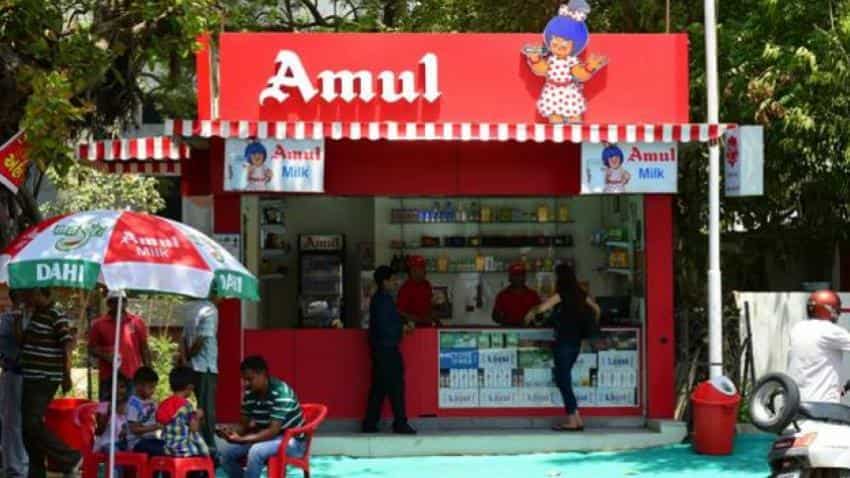 The Gujarat Cooperative Milk Marketing Federation (GCMMF), which markets the popular Amul brand of milk and dairy products, has clocked a turnover of Rs 27,043 crore in fiscal 2017, an in crease of 17.5 per cent over the previous year.

However, the growth rate in the reporting year is much lower than the previous year's, when it clipped at 67 per cent to Rs 23,004 crore over fiscal 2015.

"The cooperative will be rapidly expanding milk procurement, increase manufacturing facilities and marketing and distribution network," it said.

The turnover has registered quantum growth of 238 per cent in the past seven years, which implies the cumulative average growth rate (CAGR) of 19 per cent during this period.

The group turnover and its constituent member unions, representing unduplicated turnover of all products sold under Amul brand was Rs 38,000 crore for the year.

The nation's largest cooperative aims to achieve a business turnover of Rs 50,000 crore and become the largest FMCG player in the country by fiscal 2021, the company said after its 43rd annual general meeting at Anand in Gujarat today.

In the long-term, Amul claims to establish itself as the largest dairy organisation in the world, rising up from its current ranking of 13, it said.

The federation has also successfully quadrupled the income of its dairy farmers in the past seven years as during this period, its milk procurement prices more than doubled from Rs 24.30 a litre for buffalo milk in fiscal 2010 to Rs 49 in fiscal 2017.

Milk procurement rose a phenomenal 96 per cent, while the farmer-members saw their payout increase by 102 per cent.

Better returns from dairying have motivated them to enhance their investments in increasing milk production, cooperative chairman Jethabhai Patel said.

Its new plants in Taloja in Maharashtra, Kolkata, Surendranagar and Ahmedabad are in various stages of construction and will further add to the capacity.

The processing capacity of AmulFed dairy at Gandhinagar is being enhanced from 35 lakh litres to 50 lakh litres per day.

It is also enhancing milk powder manufacturing capacity with a new factory of 150 metric tonne per day capacity in Gandhinagar, along with another new milk powder plant in Himmatnagar.

That apart, it is also significantly increasing chocolates and paneer capacity, he added.