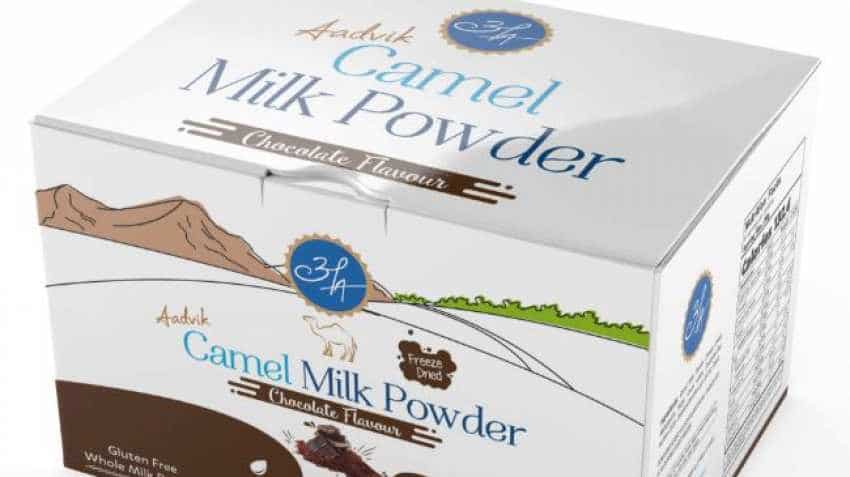 India's first camel milk brand  Aadvik Foods has beaten dairy giant Amul, by not only introducing the camel milk three years ago but also sold two lakh litres since inception. While Amul is still planning to go big with its camel milk offerings in the market, Aadvik Foods is already offering a varied range of camel milk products. On Monday this week, Amul managing director RS Sodhi told PTI his company would introduce camel milk in size of 200 pet bottles within a week. Sodhi had said that 200 ml pet bottles would be priced at Rs 25 per bottle. In January, Amul had launched camel milk 500 ml in PET bottle priced at Rs 50 per bottle, Sodhi had said.

Aadvik Foods was started by Hitesh Rathi, who identified the potential of camel milk as a superfood across the globe. Launched in 2016 with a single SKU (stock keeping unit), the brand now deals in 40 SKUs which also include camel milk powder, soaps, chocolates, flavored milk powder, moisturizer, day cream and body butter. Talking about the Camel milk business, Shrey Kumar, Co-Founder, Aadvik Foods, said, “Camel milk and its products have gained traction in India and across the globe due to their multiple health benefits."

Camel milk is known to be beneficial for those suffering from chronic conditions such as diabetes and autism, improves immunity, and is suitable for individuals with lactose intolerance.

"With such wide-ranging benefits, we believe that camel milk is the perfect dairy alternative that will be accepted by millions of consumers in the coming years," Kumar said.

“We aim to disrupt the dairy foods and milk-based products space in the country through a product range that spans across multiple categories. With an early mover’s advantage, we aim to capture a large share of this growing market in India by offering exceptional camel milk-based products to our consumers,” said Kumar.

The brand has distribution channels in Delhi, Mumbai, Chennai, Bengaluru, Hyderabad, and Punjab. It has also exported its camel milk powder to distributors from the US, the Philippines, and Malaysia.

Aadvik Foods prides itself of being "India's first company to process, brand and market camel milk and its products." The has its offices in Delhi, Bikaner, and Bhuj. Aadvik procures camel milk from regions of Bikaner and Kutch.