Ambuja Cement and ACC Ltd are controlled by LafargeHolcim and if the merger happened it would have potentially created second-largest cement maker in the country. 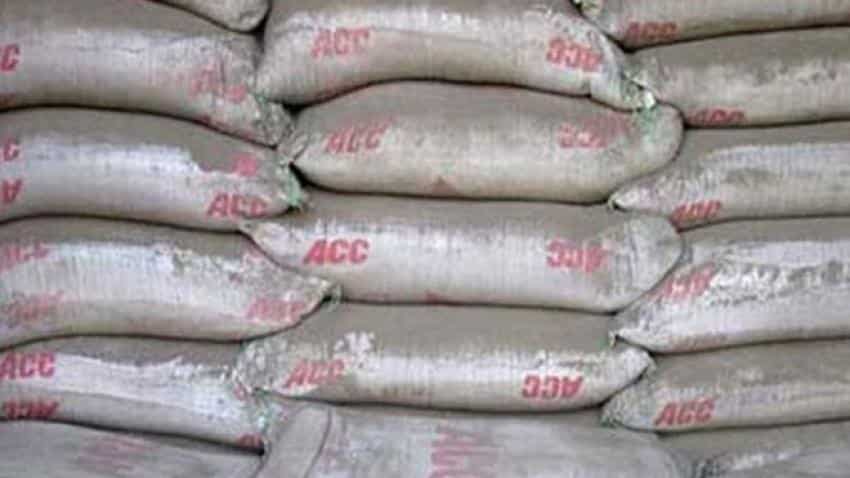 ACC said the current regime on transfer of mineral concessions is still evolving and does not provide for a merger currently. Image source: Reuters
Written By: ZeeBiz WebTeam

Shares of Ambuja Cement and ACC Ltd fell as much as 4.8% and 2.2% after the companies said they were putting on hold their proposed merger, citing constraints related to transfer of mines under current laws. Both the companies are controlled by LafargeHolcim and if the merger happened it would have potentially created India’s second largest cement maker.

ACC said the current regime on transfer of mineral concessions is still evolving and does not provide for a merger currently. The companies said that they had reached an agreement for the sale and purchase of materials and services with a view "to maximise synergies".
ACC said in a filing that on the basis of a comprehensive evaluation carried out by both the Special Committee and the board of directors of the company, the firm is of the opinion that there are at present certain constraints in implementing a merger between the company and ACL.

The entire holding structure of the two entities is quite complex. Lafarge Holcim holds 63.62 % stake in Ambuja Cements through Holderind Investments. Holderind Investments also holds 4.48 % stake in ACC. However, post Ambuja taking over Holcim India in 2016, ACC became a 50.05 % subsidiary of Ambuja. Consequently, in proportionate terms, both ACC and Ambuja are part of the Lafarge Holcim group, according to a Motilal Oswal.

While both the companies have appointed the expert teams to evaluate the merger proposal, there is still no clarity on the timing of the merger or even the likely swap ratio between the two companies.  Since both are fairly large companies in India, the merger will come under the scrutiny of the Competition Commission of India (CCI), Oswal said in an earlier report.