Despite the government giving a year for automobile companies to follow the BS-IV emission norms, many continue to ask for an extension in the deadline. 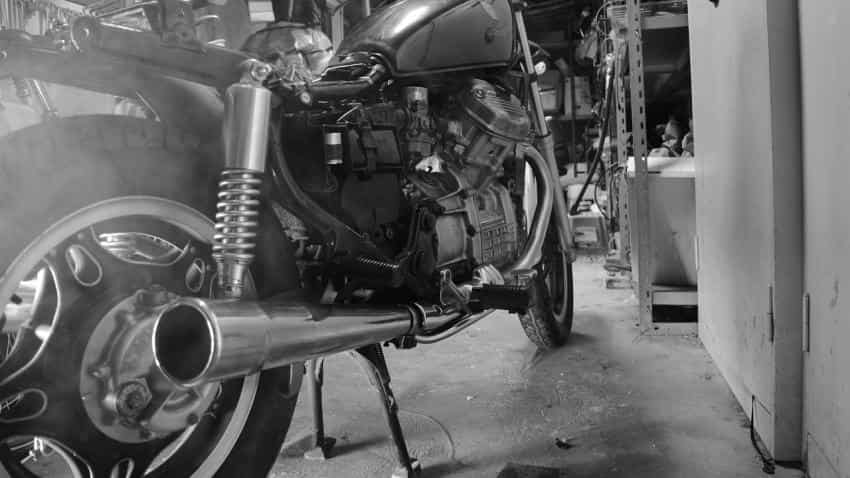 Smoke coming out of the exhaust of a bike. Photo: Pixabay
Written By: Collin Furtado
RELATED NEWS

Despite the government giving ample time for the implementation of the Bharat Stage IV (BS-IV) emission norms, as the April 1, 2017 deadline approaches confusion still prevails among the automobile industry. Just a week back many automobile companies had approached the Society of Indian Automobile Manufacturers (SIAM) to urge the government for an extension in the deadline.

While automobile body might write to the government regarding the extension, two-wheeler company Bajaj Auto's MD Rajiv Bajaj has criticised the move and asked it to be excluded in the letter to the government.

However, the reason for this confusion among automobile companies is that there is some ambiguity over implementation BS-IV norms. “Despite EPCA guidelines restricting the registration of BS-III vehicles post the March 2017 deadline, ambiguity over BS-IV implementation prevails in the industry,” said automobile analysts Siddharth Vora, Navin Sahadeo and Aman Chaplot in a Religare report.

They further added that this ambiguity over BS-IV implementation may hurt sales volumes. The ambiguity is whether the BS-IV emission norms deadline of April 1, 2017 applies to the date of manufacture of the vehicle or as per the date of the sale or registration of the vehicle.

This was seen as Vishnu Mathur, director general, SIAM last week in an Economic Times report said, “Whenever there has been a change in emission norms, it has always been on the basis of date of manufacture. Even this time, the notification is very clear that the pan-India implementation of BS-IV emission norms from April 1, 2017, will be as per the date of manufacture of vehicles and not as per the date of sale or registration.”

This is the pretext the industry body has been using to push the deadline for the implementation of the BS-IV norms.

Be that as it may, the ambiguity still remains and the restrictions on registration would hurt pre-buying, especially in the case of Medium and Heavy Commercial Vehicles (MHCVs).

“In our view, implementation would be in accordance with historical precedents and limited only to production. A restriction on registration would hurt pre-buying in MHCVs. Among two-wheelers, Bajaj Auto would be immune to the new norms having launched an entire range of BS-IV compliant models in January 2017. Passenger vehicles are largely BS-IV compliant,” said the Religare report.

Bajaj Auto has been against the move as it has changed all its vehicles to adhere to the BS-IV norms. This has resulted in a rise in costs of its vehicles between Rs 1,000 to Rs 7,000. A reason for Bajaj to voice his disapproval as any extension of the deadline by the government would lead to its competitors with BS-III models benefiting from the price advantage in the market.

He further suggested if the government chooses to extend the deadline, it should impose a hefty fine on the manufactures.