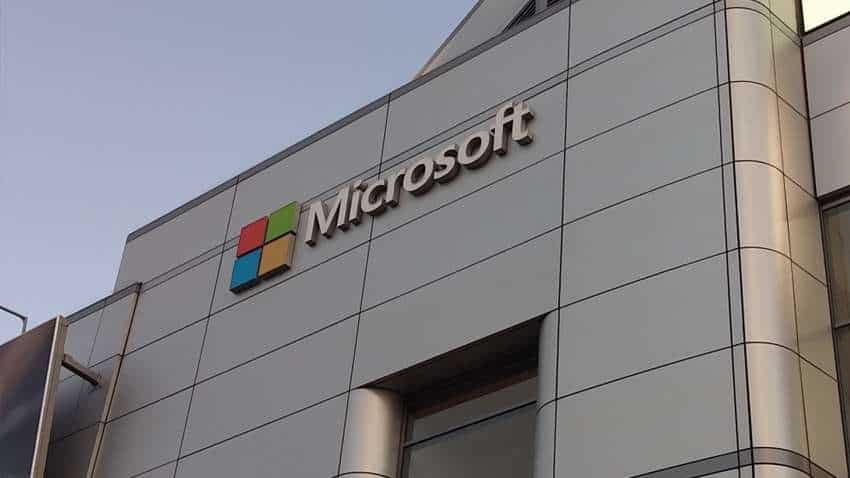 Frank X. Shaw who is Corporate Vice President, Communications at Microsoft said that this latest AWS roadblock is disappointing but not surprising. IANS photo.
Written By: IANS
RELATED NEWS

Drew Herdener, Amazon's vice president, worldwide communications, said that Microsoft has published multiple self-righteous and pontificating blog posts "that amount to nothing more than misleading noise intended to distract those following the protest".

"We don't think the JEDI award was adjudicated fairly, we think political interference blatantly impacted the award decision, and we're committed to ensuring the evaluation receives a fair, objective, and impartial review," Herdener said in an AWS post on Friday.

AWS has filed a bid protest directly to the Department of Defense (DoD), challenging "ambiguous aspects" of the Pentagon's revised solicitation for its $10 billion Joint Enterprise Defense Infrastructure (JEDI) contract given to Microsoft in October last year.

AWS' fresh challenge came after the Department of Defense's Inspector General in mid-April said that Microsoft's win of the prestigious JEDI contract was not influenced by US President Donald Trump as alleged by Amazon, and was completely legal.

Frank X. Shaw who is Corporate Vice President, Communications at Microsoft said that this latest AWS roadblock is disappointing but not surprising.

"The only thing that's certain about Amazon's new complaint is that it will force American warfighters to wait even longer for the 21st-century technology they need - perpetuating Amazon's record of putting its own interests ahead of theirs," said Shaw.

Replying to him, Herdener said that the initial award was fatally flawed on all six of the technical evaluation factors.

"Microsoft is doing an awful lot of posturing. We understand why. Nobody knowledgeable and objective believes they have the better offering. And, this has been further underscored by their spotty operational performance during the COVID-19 crisis (and in 2020 YTD)," the AWS blog post read.

"To be clear, we won't back down on this front regardless of whether Microsoft chooses to try to bully its way to an unjust victory. We also won't allow blatant political interference or inferior technology to become an acceptable standard," Herdener commented.

AWS earlier this year sought 'preliminary injunction' from the court to temporarily block Microsoft from starting work on the JEDI project.

Amazon also filed a suit with the US Court of Federal Claims contesting the decision.

In its complaint against the US government decision, Amazon alleged Trump abused his position to put "improper pressure" on decision-makers for personal gains and show his hatred towards Jeff Bezos who owns The Washington Post.

Cheque Bounce Case: Govt mulling to change law, traders not happy with it

Want to download Aadhaar online? First, you must register this important data, else you can't