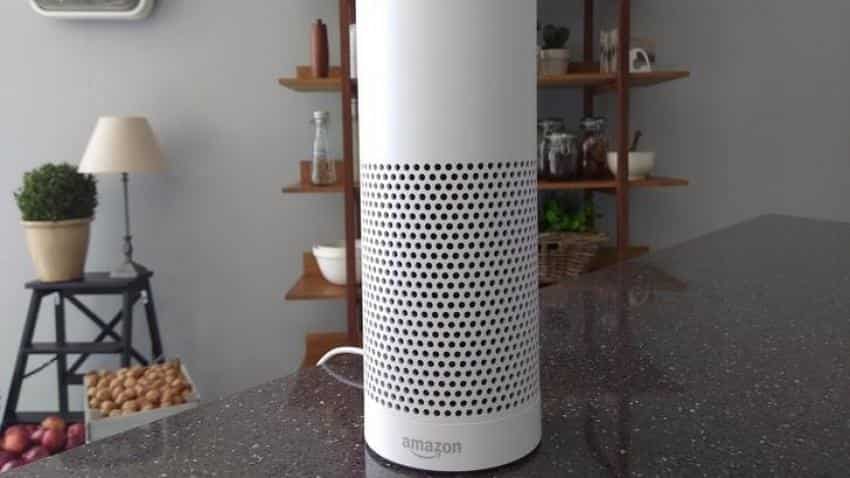 The Amazon Echo, a voice-controlled virtual assistant, is seen at it''s product launch for Britain and Germany in London, Britain. Photo: Reuters

Amazon.com Inc on Wednesday launched a full-fledged music streaming service with subscriptions as low as $3.99 per month for owners of its Amazon Echo speaker, accelerating the industry trend toward more flexible pricing after years of sticking to $9.99 subscriptions.

The new streaming service, called "Amazon Music Unlimited," lets users access a vast catalog of songs on demand, similar to Spotify and Apple Music. Subscriptions to play music on the Echo cost $3.99 per month; for access beyond that device, subscriptions cost $7.99 a month for members of Amazon`s Prime shipping and video service and $9.99 for non-members. Amazon will continue to offer Prime members a limited streaming service for free.

As it plunges deeper into the crowded streaming field, Amazon is counting on the Echo, a smart speaker that responds to voice commands, to set it apart. Released broadly last year, the Echo has become a surprise hit, prompting many to predict that voice will become a key way users interact with technology - and music is central to the device`s appeal.

Amazon has built an elaborate system of voice controls for listening on the Echo. The company believes such smart home devices will be a key source of growth for the music industry, said Steve Boom, vice president of Amazon Music.

"The first phase of growth (in music streaming) was driven almost entirely by smartphones," he said in an interview. "We believe pretty strongly that the next phase of growth in streaming is going to come from the home."

The low price for Amazon`s streaming service is consistent with the company`s reputation for undercutting the competition and signals the music industry is beginning to accommodate consumers who are unwilling to pay $9.99 per month. Having watched revenues plummet from the CD era, label executives have been reluctant to budge on price, but they have come under pressure as streaming accounts for more of the pie.

Boom said he is optimistic that the new prices will expand the market.

"We're moving music away from a one-size-fits-all approach," Boom said. "We are the ones who have been pushing this the hardest."

Streaming services must pay a majority of their revenues to rights holders, a business model that has left Pandora and Spotify struggling to turn a profit. But Amazon can afford to take a loss on music streaming, and the boost to Prime is well worth it, analysts say.

"It's just making Prime that much stickier," he said.

Data from the Echo has taught Amazon much about the language of music, said Kintan Brahmbhatt, director, Amazon Music.

"You can ask for Michael Jackson by saying, `Play music by the King of Pop,`" he said. "It`s smart enough to know that`s what you meant."

Despite the low price for Echo-only subscriptions, Amazon and the labels are likely betting that consumers will be motivated to upgrade so they can listen on more devices, said Ted Cohen, managing partner of TAG Strategic.

"At a certain point you`ll get frustrated and go, `Oh, what the heck," he said.