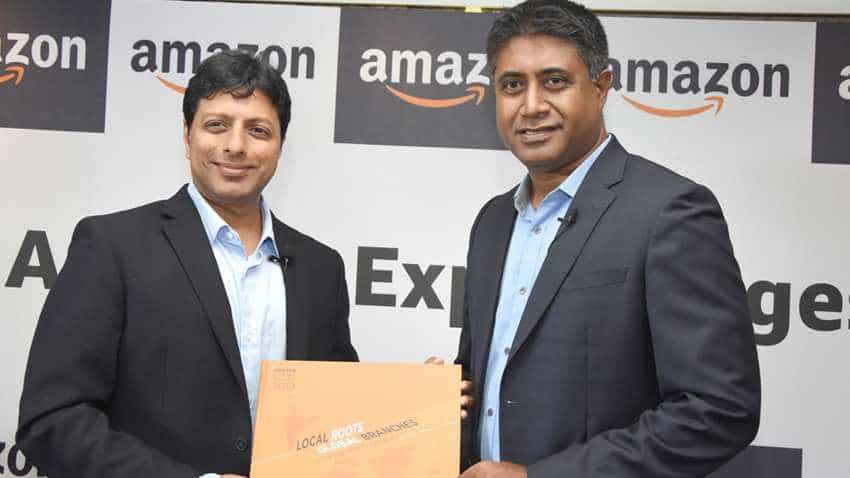 E-Commerce giant Amazon on Tuesday announced that its Global Selling program has now crossed $1 billion in e-commerce exports sales from India in just three years since its launch in the country. The program was launched in May 2015 with a few sellers and more than 50,000 exporters have joined it till now, selling over 140 million ‘Made in India’ products to Amazon customers across the globe through its marketplaces worldwide such as Amazon.com, Amazon.co.uk, etc. Amazon now aims to hit the $5 billion mark by 2023 fueling the growth of lakhs of Indian manufacturers, exporters and small enterprises.

"Six years ago, we started operating in India with a vision to enable every motivated Indian seller to reach customers across India and every country in the world. Amazon launched the Global Selling program in India four years ago, aligning with this vision. The program has scaled up extensively since then and has reached a cumulative $1 billion annualized from India," said Amit Agarwal, Senior Vice President and Country Head, Amazon India.

Agarwal added that the program is helping government’s vision on exports, encouraging ‘Made in India’ products go global and enabling over 50,000 Indian MSMEs to reach the doorstep of 300MM+ global customers without leaving their homes. "The multiplier impact of this growth on the Indian economy will be significant with new infrastructure built-up, employment generation, especially as the successful micro, small and medium-sized enterprises, will in-turn reinvest in their local communities – creating jobs and supporting local economy- and thus boosting the entire ecosystem around them," he added.

The e-commerce giant also released the second edition of its annual Export Digest, revealing growth of 56% in the number of global sellers from India in 2018. Its international marketplaces also saw a rise of 55% in the selection of Indian products offered globally and 71% growth in sellers who are part of Fulfilled by Amazon program as compared to last year. The report shows the significant increase in demand for Indian products across global marketplaces, growth of Indian exporters selling globally, and most popular and emerging product categories offered by Indian exporters abroad.

The report reveals Delhi, Rajasthan, Maharashtra, Gujarat, Uttar Pradesh and Haryana emerged as the leading states with most international exporters on Amazon in 2018.

Gopal Pillai, Vice President, Seller Services, Amazon India said, "Amazon Global Selling program is a unique initiative that enables MSMEs to reach over 300MM global customers, empowering them with tools and technology and leveraging Amazon infrastructure in destination countries. It’s interesting how the program has scaled in the country, with more than 80% of these exporters coming from non-metro and tier 2 and below cities. Amazon wants to expand and grow the program further to bring more and more small businesses to unleash the potential of ‘Make in India’ initiative by enabling e-commerce exports and leveraging global customer access."