Aluminium is a metal of future: Ajay Kapur, Vedanta Limited 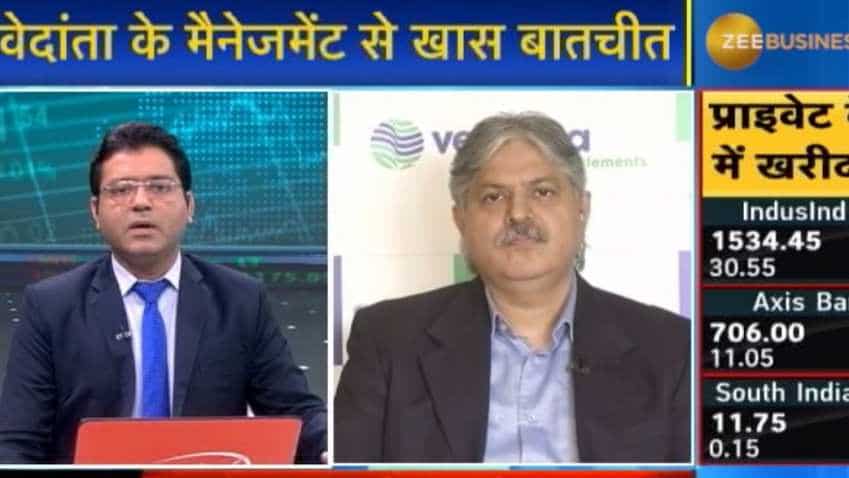 Ajay Kapur said, "India's intensity of usage, in every sector, is far behind the intensity of usage of China or the world's average." Image source: Zee Business
Written By: Sandeep Grover
Edited By: Jitesh Kumar Jha
RELATED NEWS

Stock of the day! This company just gained over 6%, should you invest?

Q: Did shutdowns at major auto companies had any impact on the demand of aluminium as it is majorly used in the automobile sector? Let us know something about the new product line, Primary Foundry Alloy, that was launched in recent past?
A: First of all, I will talk about our new product, Primary Foundry Alloy, on which our R&D teams have worked for many days at Jharsuguda and BALCO factories. I can happily say that we have developed this product, which goes through several trials before being passed on to the customers. This alloy - being imported at present - is used in radial tyres. We have an objective under Make in India initiative under which India should be self-reliant in terms of industry and I feel that foundry alloy will play an important role in it. As far as the slowdown is concerned, I would like to say that such things happen at a regular interval, but one doesn't stop his work under such situations. And, India's intensity of usage, in every sector, is far behind the intensity of usage of China or the world's average. Possibly it is a temporary slowdown. I don't think that it will be there for the next five years. There is a slowdown, which will go away. The government has launched several incentives including the tax reform, which will take us in the right direction. On the other hand, we have received a report that says the booking of newly launched cars - just been launched like Harrier - have reached the mark of 5,000-20,000. Thus, we will have to see the segments that are coming out and in which area. But as far as Vedanta is concerned then we are a new entrant and that's why this is a big market for us and have faith that things will bounce back soon.

Q: China may announce capacity cuts across Industries to control pollution before the 70th Anniversary. How will this impact aluminium prices?
A: I was there in China - two weeks ago - from where we have imported several products and smelters in the past. I was there to understand its market. But, if China cuts its production - which is speculative - then demand-supply will turn more favourable. I believe, it will increase commodity prices, which in return will help us in improving our margins. It is good if it happens, if not then will not have any major impact on us as our plans are not based on someone else's production cut. It is based on the existing demand for aluminium in India, which is around 4 million tonnes. And, if have a look at the figures of the last 10 years, then we have grown at an average rate of around 7-10%. If India - in the next five years - doubles its per capita income from existing $2000 to $4000, then there will be a complete shift the consumption basket of the country. We just don't rest on the auto sector but also have other sectors like electrical sector, where a completely new line will be installed when the renewable sector will be brought in; construction, aircraft and space sectors. Besides, aluminium will play an important role in the packaging industry amid the ongoing talks related to single-use plastic. I believe India will start behaving as developed nations as soon as there is a rise in the intensity of consumption and income bracket. This makes me believe that aluminium is the metal of the future.

Q: What is the average production cost of Aluminium, and how do you foresee energy cost going ahead?
A: Our cost of production target plans stand at $1500/ton. But, in our forecast to analysts during our last investors call, we were given a forecast of $1725-1790 and believe our hot metal production will stick to these levels, at present. It shows positive as well as negative signs in short-term but remains range-bound. Monsoon season - during which few coal mines were flooded and several others were shut down - are almost over and now productions will be back to normal. This is why I feel that the cost will be achieved.

Q: Power contributes 7% to the total revenues of your business. What are your plans to scale up this vertical?
A: We have very good power assets at present. However, instead of expanding our portfolio in the power segment, we would like to integrate the existing portfolio and bring improvements that are essential for it. Besides, the future is of green energy and we are studying what we can do on the front. So, no plans to expand on the power side but will like to participate in good power assets that fit well under our overall scheme of things, as well as in asset footprint.

Stock of the day! This company just gained over 6%, should you invest?