Ekta Kapoor's ALTBalaji video streaming platform has been recognised for its revenue earning model in India. 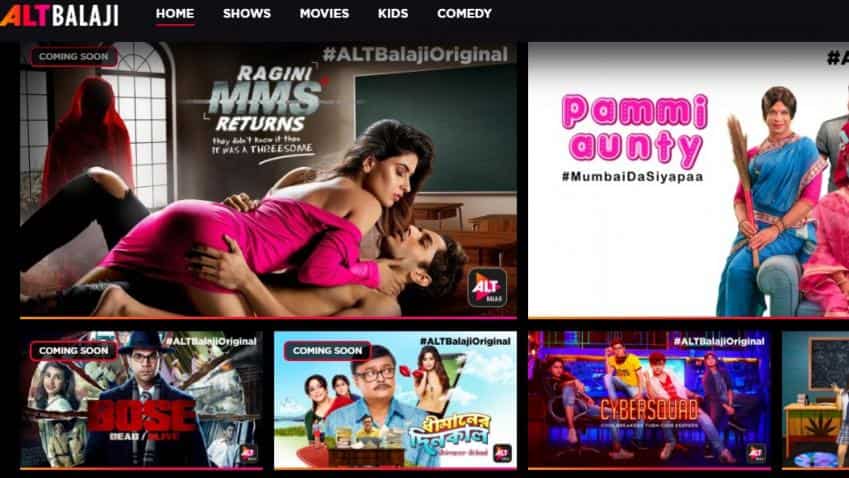 The company is known for its shows like ‘Cybersquad,’ ‘Haq Se’ and ‘Fourplay.’ Image Source: Company website
Written By: ZeeBiz WebTeam
RELATED NEWS

ALTBalaji, video streaming platform on Tuesday said it has been acclaimed for its revenue earning model in India. The platform now ranks among the top three video streaming apps in the country.

“Online video (OTT) platform for original and exclusive shows, ALTBalaji, has been ranked amongst the top 3 revenue grossing video streaming app in the country, as per ‘State of  Video Streaming Apps in India’ report compiled by App Annie Intelligence, the leading market data solution for the app economy. This ranking is a combination of iOS App Store and Google Play Store for H1 2017 period,” the company said.

The company is known for its shows like ‘Cybersquad,’ ‘Haq Se’ and ‘Fourplay.’

In the recent months, ALTBalaji has tied up with Vodafone Play, the telecom operator’s entertainment app, for sharing of Indian content.

The ‘State of Video Streaming Apps in India’ report spoke of the revenue grossing models of content platforms in Asia-Pacific region including emerging markets such as India, China and Thailand, among others.

“Since its launch in April, ALTBalaji has more than 10 million (1 crore) mobile downloads with more than 10 lakh web viewers. The ad free, subscription based platform is available in over 80 plus countries, catering to the need of Indians and Indian diaspora spread across the globe. It is offering content in various Indian regional languages, making it India’s largest repository for original and exclusive digital content,” the company said.

“We have been able to achieve this within 6 months from the launch,” said Manav Sethi, Chief Marketing Office, ALTBalaji.

He further added, “ALTBalaji is only platform to have launched 10 ALTBalaji original shows till now and we have some 50 plus concept at various stages in our release pipeline.”